Earlier this month President Donald Trump said, “One thing that’s always disturbed me: They come up with a new drug for a patient who’s terminal, and the FDA says we can’t … approve the drug, because we don’t want to hurt the patient,”

“So, we’re going to be changing a lot of the rules,” Trump declared.

During his first address to Congress on Tuesday, the president renewed his commitment to getting those suffering the help they seek when he saluted a young woman named Megan Crowley who has battled the genetic disorder Pompe disease:

“True love for our people requires us to find common ground, to advance the common good, and to cooperate on behalf of every American child who deserves a brighter future,” Trump said Tuesday night before Congress. “An incredible young woman is with us this evening who should serve as an inspiration to us all.”

Today is Rare Disease day, and joining us in the gallery is a Rare Disease Survivor, Megan Crowley. Megan was diagnosed with Pompe Disease, a rare and serious illness, when she was 15 months old. She was not expected to live past 5.

On receiving this news, Megan’s dad, John, fought with everything he had to save the life of his precious child. He founded a company to look for a cure, and helped develop the drug that saved Megan’s life. Today she is 20 years old — and a sophomore at Notre Dame.

Megan’s story is about the unbounded power of a father’s love for a daughter. But our slow and burdensome approval process at the Food and Drug Administration keeps too many advances, like the one that saved Megan’s life, from reaching those in need. If we slash the restraints, not just at the FDA but across our Government, then we will be blessed with far more miracles like Megan.

Trump’s call for faster approval for prescription drugs has been applauded by terminally ill patients and their families who say there are too many government roadblocks in the United States to getting treatment that has been shown to be effective in other countries. They have hailed Trump’s move as long overdue.

The FDA didn’t approve treatment for Pompe disease until 2014, many years after Crowley was diagnosed with her illness.

Republican advocacy for sick Americans frustrated with government regulations did not begin with President Trump.

In 2016, Sen. Rand Paul introduced the Accelerating New Pharmaceutical Competition Act, to reduce red tape at the FDA. “Competition is essential to expanding access to a wider variety of affordable options for patients,” said Paul in a press release. “Treatments proven by rigorous testing in other developed countries to be effective and safe shouldn’t have to jump redundant hurdles to get to U.S. markets.”

Megan’s father John Crowley posted on Facebook about his daughter’s meeting with President Trump on Tuesday, “Megan and our family will meet privately in the Oval Office with the President to discuss the needs of people living with rare diseases, and especially advancing medicines for treatments and cures for ALL rare diseases.”

“Megan today represents the heart, spirit and dreams of 30 million people in the United States alone who live with any one of over 7000 rare diseases. Fitting today on the 10th Anniversary of World Rare Disease Day.” 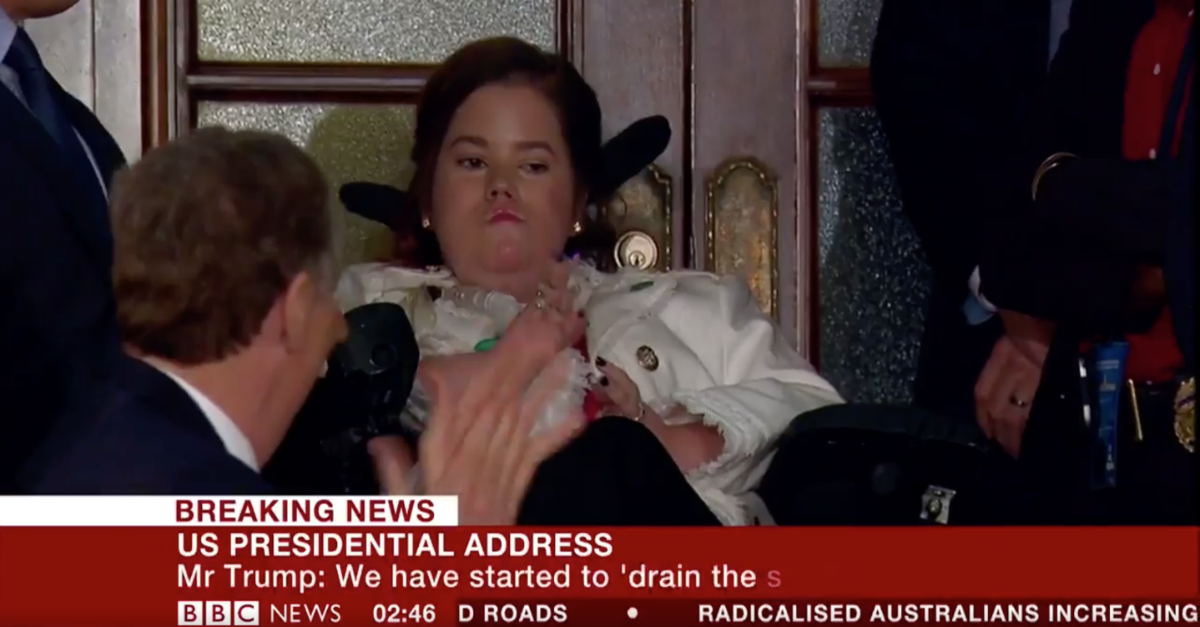