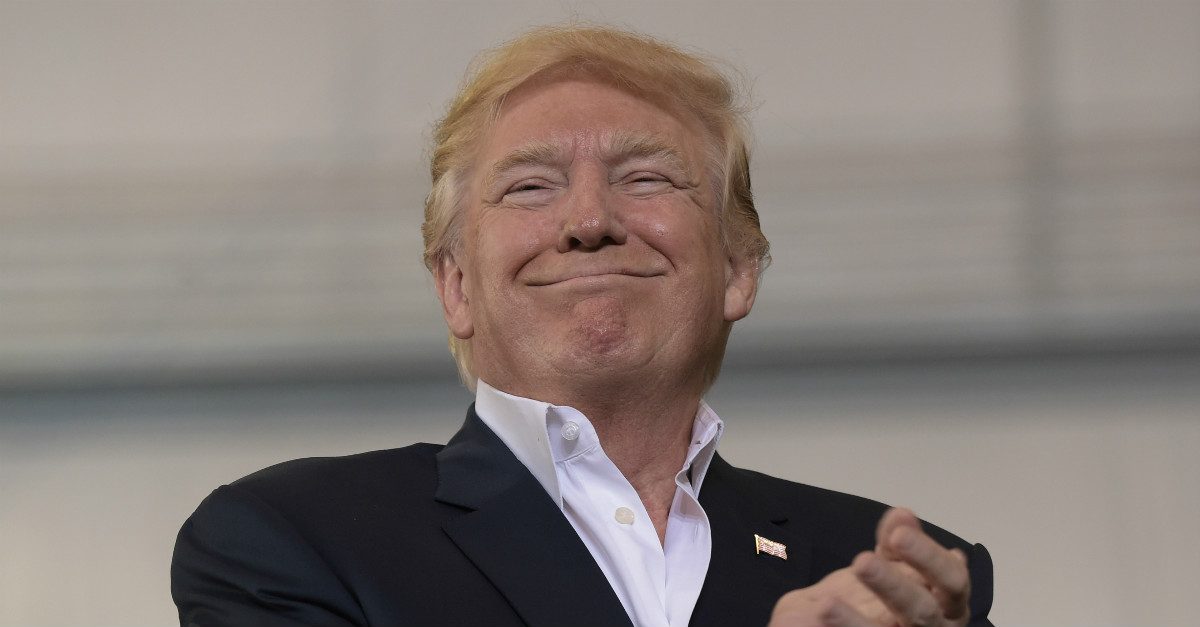 Has nature ever produced a symbiotic relationship quite like the one between Donald Trump and the media? The clownfish/sea anemone combination is arguably just as dazzling, though it lacks the equivalent decibel level. Ants and fungi are probably more analogous, though it’s difficult to imagine either species going over well in the Rust Belt.

In spite of the endless grapeshot he levels at journalists from his piratical Twitter account, The Donald thrives off of media antics and his long-shot presidential campaign would have been crippled without them. That maestro of manipulation returned on Tuesday with his most notable act yet, a tax controversy that ended with Trump flying MSNBC like a kite and liberal Washington heading to bed crestfallen.

It began on Twitter where MSNBC commentator Rachel Maddow trumpeted that she’d at last obtained Trump’s tax returns. In response, the Trump administration promptly announced the documents were forthcoming?more on that later. Trump’s returns have become a journalistic white whale, stuffed, as left-wing reporters believe they must be, with KGB-orchestrated sweetheart deals and investments in Nazi propaganda upstarts. All eyes thus fell on Maddow as she opened her Tuesday program.

She didn’t disappoint, sugar-rushing her now-expansive audience with lurid hypotheses about Russian oligarchs and Azerbaijani shell hotels, all connected by a web with Donald Trump at its center, all about to revealed because she?yes, she!?had acquired his tax returns, which would be unfolded right here, right now, after this commercial break. Stay tuned. Her prelude was quite literally 19 minutes long yet we stuck around anyway, munching on popcorn.

Out next came David Cay Johnston, an investigative reporter and tax expert, who unveiled that he’d obtained Trump’s tax documents through the triumphantly shoe leather feat of having them anonymously deposited in his mailbox. Also, he acknowledged, they weren’t the full tax returns, just the two front pages from Trump’s 2005 filing. His Ark of the Covenant-caliber reveal showed that Trump had paid $38 million on $150 million in income, a 25 percent rate.

And that was all he had. You could almost hear the air escaping from another left-wing cause célèbre.

Yet on it went, through a good two-plus hours more of programming. It was as though Geraldo Rivera had decided to do a touchdown dance in Al Capone’s empty vault, with all of MSNBC seemingly unaware that the entire political world was either cackling a la that Austin Powers scene or despondently reaching for the clicker. Rarely has such a nothing story been inflated to such bulging proportions.

As mentioned before, the White House had already preempted Maddow, touting the $38 million figure in a press release and trashing the media. Asked about this, Maddow remarked bewilderedly, “We went to them. They verified it. They published it. And then they insulted us for publishing it.”

You don’t say. It’s almost like the entire thing was a setup. Asked by CNN whether it was possible that Trump had leaked his own tax return, David Cay Johnston replied, “Yes.”

RELATED: Joe Scarborough has a theory about who is truly behind leaking the president?s tax returns

In fact, it seems undeniable that the returns were planted at least by someone sympathetic to the president. To understand why, consider all that Trump has gained from this brouhaha. The media’s coverage of the CBO’s punishing health law assessment and the investigation into Trump’s relationship with Russia has been diluted. The president appears prudent, having paid a greater percentage of his income to the Treasury in 2005 than did Bernie Sanders and Mitt Romney. MSNBC has been humiliated, less because they reported on the returns than because they did so from such an aggressively slanted and hyped vantage point. The New York Times, which breathlessly suggested last October that Trump might not have paid any taxes for 20 years, looks silly.

Perhaps most priceless of all, the next time anyone harps on his tax returns, Trump can accuse them of beating a corpse. This despite the fact that those scant two pages gave us only a snapshot of Trump’s tax standing: we still have no idea where his income came from, what his holdings are, what connections to those sinister Russians and Azerbaijanis he has, or how much he’s paid in the intervening 11 years. The issue is far from settled, yet Trump can now dismiss it courtesy of one of his most bilious critics.

Which means we’ve learned two things from this episode: 1.) Our president paid taxes in 2005, and 2.) when Trump electrifies the floor, news reporters always dance.