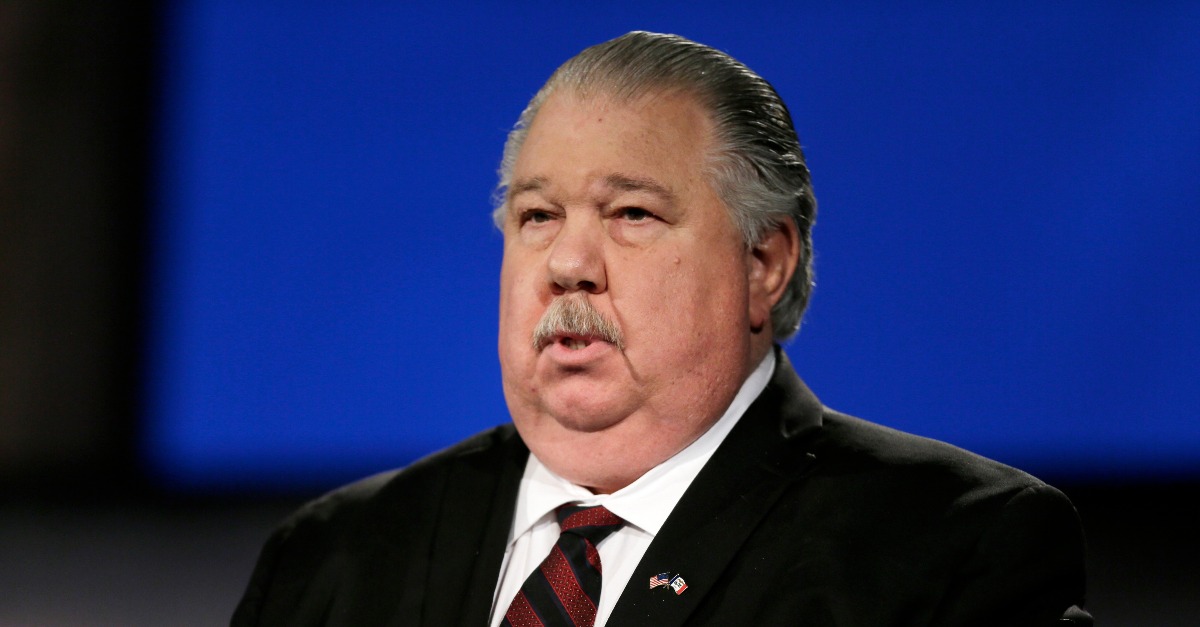 The Trump Administration made headlines in July with the announcement that former Air Force colonel, college professor, failed Senate candidate, long-time Trump adviser and definite non-scientist Dr. Sam Clovis would be nominated to be the U.S. Department of Agriculture’s chief scientist.

The position of USDA undersecretary for research, education, and economics may not be a high-profile position, but it comes with a $3 billion budget and is legally required to be filled by a “distinguished” scientist with “specialized training or significant experience in agricultural research, education and economics.” Sen. Debbie Stabenow of Michigan, the ranking Democrat on the Senate Agriculture Committee, said she plans to use this clause from the 2008 farm law to oppose Clovis’s confirmation.

Dr. Clovis’s Ph.D. is not in agriculture or even economics, but in public administration, although he seems to have taught some economics classes at Morningside University in Iowa.

In addition to his lack of scientific experience, many congressional Democrats have criticized his past endorsement of the birther conspiracy, while others have focused on his vocal skepticism of man-made climate change, which he expressed during failed his 2014 Senate bid. If confirmed, Clovis would be responsible for funding the USDA’s climate science research initiatives, according to Politico.

RARE POV: Kudos to Trump for donating $1 million to Harvey victims—but that doesn’t make him a leader

Clovis appears to be just the latest in a string of topsy-turvy political appointments for President Trump, who Trevor Noah once quipped chooses his appointees by Googling “opposite of” the position to be filled. The idea of a chief research scientist who flew F-16s and has a doctorate in public administration seems emblematic of the same logic that gave us a Housing and Urban Development secretary who is actually a brain surgeon.

Clovis has educated himself on agricultural issues, as evidenced by his two-hour faceoff with Kathleen Merrigan, his counterpart from the Clinton campaign. At a Farm Foundation Forum held the same day as the third presidential debate, Clovis showed a good understanding of the complexities of ag policy and staked out some surprisingly moderate positions, indicating that perhaps he could competently perform the duties of the office to which he has been nominated.

Big Ag seems to agree. After Clovis’s nomination, 22 major industry groups signed a statement expressing their belief that he would ensure “that the world’s best-available science is being used by all government agencies to determine appropriate regulatory and policy decisions.”

But despite these groups’ confidence that Clovis can do the job, I suspect an ulterior motive.

The statement dismissed objections to Clovis’s lack of scientific expertise, claiming that USDA’s world-class scientists “do not need a peer,” but rather “someone to champion their work before the administration.”

Therein lies the problem. In the Trump Administration, the liberal vision of expert technocrats efficiently overseeing and expanding the various functions of government has been set aside; access and influence have replaced expertise as the currency of the realm. With a president so capricious and suggestible, “Trump whispering” has become the most in-demand skill in government.

Politico declared that although Clovis may lack scientific expertise, he is “[s]killed in the science of understanding Trump” and was responsible for prepping Agriculture Secretary Sonny Purdue for a meeting in which Purdue, at Clovis’s suggestion, used a visual aid to talk the president out of withdrawing from NAFTA.

At the Farm Forum, Clovis accused previous regulatory regimes of having “their thumb on the scale for special interests,” but when loyalty is the only qualification that matters and influence with the president is the only sought-after skill, a government of yes-men who answer to lobbyists is inevitable.

Clearly, the big ag lobbying groups that  endorsed the undersecretary-designate are comfortable trading scientific expertise for greater access to Trump. They hope that Clovis will be able to carry their concerns directly to the Oval Office, cleaving through bureaucracy and red tape with the same ease his Merovingian namesake clove through the necks of his enemies.