Donald Trump’s second round of comments about Charlottesville was too little, too late 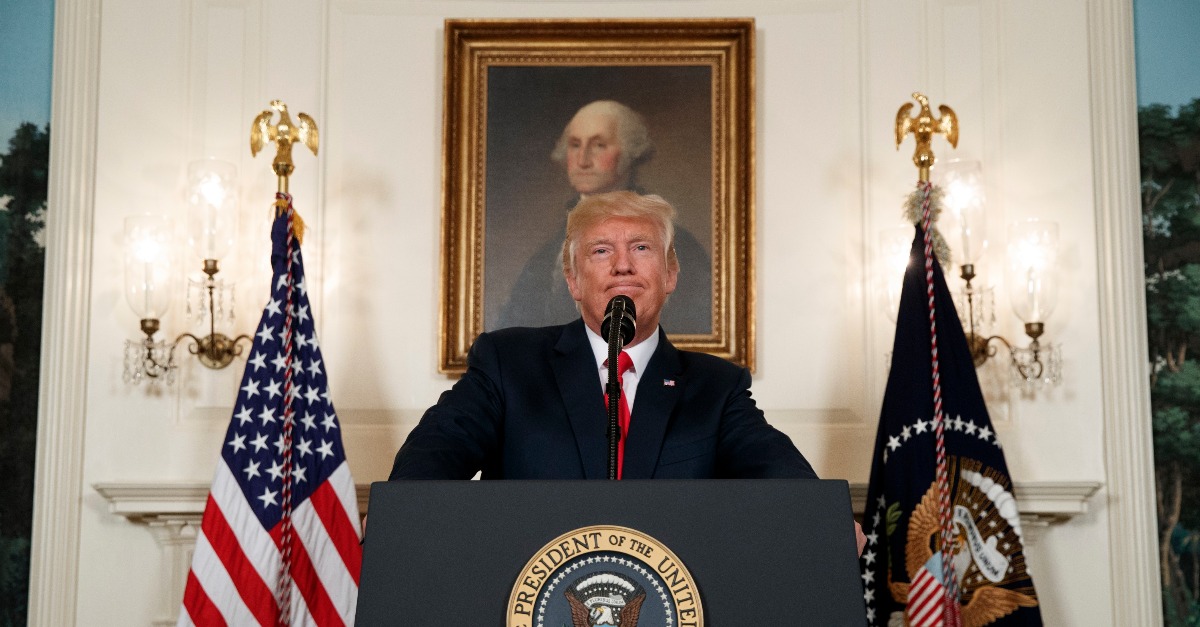 It’s become abundantly clear that the post-Obama era is not also post-racial. Those tensions are at an all-time high, and the election of a president who can count alt-right white nationalists among his supporters hasn’t exactly helped to relax the mood.

On Saturday, in the wake of the domestic terrorist attack in Virginia that took the life of 32-year-old Heather Heyer, President Trump shared a prepared statement. Given the nature of what was happening, his words were mediocre at best. Their generalized nature described “terrible events” and slammed the “display of hatred, bigotry and violence on many sides.”

While it’s necessary to hear from the president after these types of shocking tragedies, Trump absolutely missed an opportunity. He should have categorically condemned this specific threat of white supremacy. Not doing so was a miss. In political and societal waters as choppy as these, there can be no room for error.

RELATED: Charlottesville reiterates the insidious nature of racial prejudice and injustice in America

On Monday, Trump delivered a second set of prepared remarks about Charlottesville. This time, he was more direct in his condemnation:

And as I have said many times before, no matter the color of our skin, we all live under the same laws. We all salute the same great flag, and we are all made by the same almighty God.

We must love each other, show affection for each other and unite together in condemnation of hatred, bigotry and violence. We must rediscover the bonds of love and loyalty, that bring us together as Americans.

Racism is evil. And those who cause violence in its name are criminals and thugs, including the KKK, neo-Nazis, white supremacists and other hate groups that are repugnant to everything we hold dear as Americans.

We will defend and protect the sacred rights of all Americans, and we will work together so that every citizen in this blessed land is free to follow their dreams, in their hearts, and to express the love and joy in their souls.

Labeling “racism” as the problem, a source of evil and the fuel behind hate groups whose platforms are built around skin color was the highlight of the brief address.

But was it enough?

When his second remarks aired, almost two days had passed since the bloodshed in Charlottesville. Regardless of the phrases and key words he used on Monday, that kind of delay waters down the message, no matter how powerful it is at the moment of delivery.

Trump the candidate was ushered into office because of his brash, no-nonsense, insulting style. Throughout the campaign, he often ridiculed others’ accomplishments, appearances and backgrounds, gaining an edge in the audience’s mind by being shocking and unprofessional. As president, his call now for love, affection and unity sounds disingenuous at best. Certainly, this is what he should say, but it strikes one as hollow.

What makes his words all the more flimsy are his continued statements on his favorite medium: Twitter.

Made additional remarks on Charlottesville and realize once again that the #Fake News Media will never be satisfied…truly bad people!

RELATED: The unrest in Charlottesville will hurt America only to the degree that we let it

Clearly, he failed to see how a lapse of nearly two days between post-Charlottesville takes was a problem for members of his audience. Furthermore, after acknowledging the evils of racism, he then went on to describe the “fake news” media as containing “truly bad people.” One can plainly see the disconnect between the polished White House performance and the social media antics. Questioning Trump’s sincerity in regards to Charlottesville is legitimate, not automatically something that only “truly bad people” do.

President Trump’s behavior surrounding the events in Charlottesville shows his disconnect from the American public. Not only was he late in labeling the evil for what it truly was, but he got caught up in believing himself the victim of a media witch hunt.

To be sure, the media is not always fair to President Trump, but in this instance, they had the right to question and condemn his behavior. Crises often show one’s true character, and President Trump’s missteps have once again highlighted his inability to properly lead a nation sharply divided by issues of race.