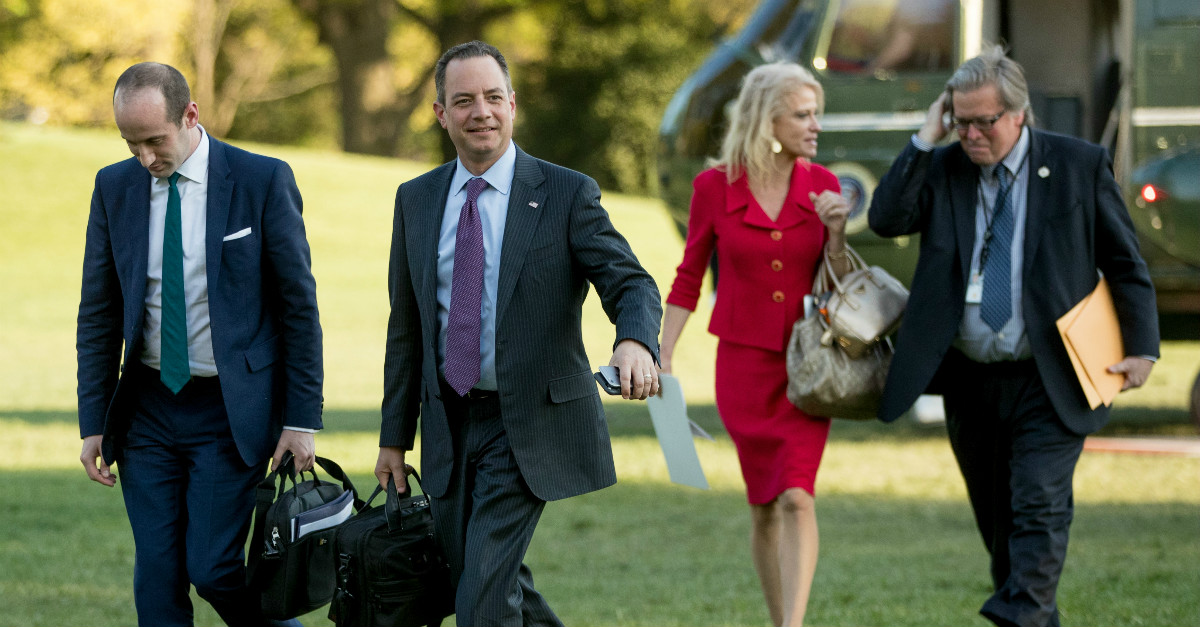 After the stalled travel ban, the awful approval ratings, the staff infighting and the passage of an omnibus spending bill that could have only be viewed as a loser for the administration, the last thing President Donald Trump needed was another crisis of his own making. And yet, with the abrupt firing of FBI Director James Comey, that’s exactly what he got. Nobody is talking about the Trump administration?s legislative priorities now. Instead, the national discussion is: Comey, Comey, Comey.

Was it surprising that Trump stripped the FBI director of his job? Yes, absolutely. Nobody in Washington expected Trump would be bold enough to make that move. According to public reports, the rank-and-file of the Bureau are now experiencing all kinds of emotions: anger that Trump didn?t have the courtesy to fire Comey directly, upset that Comey had to learn about the end of his career from a ?breaking news? headline on TV and disquiet that the man heading an investigation into possible Russian collusion would be removed by the man at the center of that investigation.

But what was even more surprising is that the White House was unaware that the president?s decision would be a political bombshell. How on God?s green earth could Trump and his advisers think that canning the nation?s top investigator wouldn’t be controversial? That the administration didn’t even have a game plan for the day after is derelict. You almost felt sorry for Kellyanne Conway and Sarah Huckabee-Sanders, the two White House flacks who were thrown on the airwaves at the last minute Tuesday night to defend their boss?s decision.

RELATED: We need a special prosecutor to investigate both Russian interference and the Comey firing

The Comey affair, however, is deeper than just Comey. This is about how the Trump administration operates more broadly and how Trump makes decisions:

Business-as-usual is no longer a luxury for this White House. The entire staff, and the president himself, need to shape up before the administration becomes an even bigger laughingstock than it already is.