Even with his low approval rating, Donald Trump could still easily win reelection in 2020 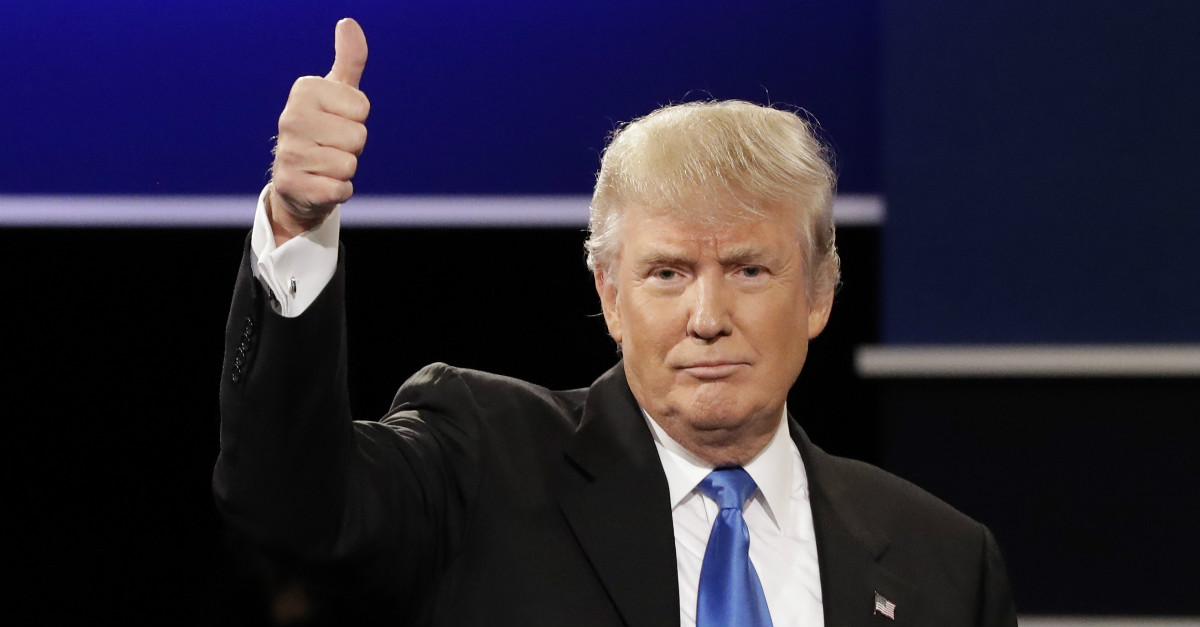 Many pundits would have you believe that President Donald Trump has no chance of winning reelection in 2020. The same polling outlets that all but guaranteed Hillary Clinton would win the 2016 presidential election indicate that Trump currently has about an 38 percent approval rating, according to the Real Clear Politics’ average of polls.

Ronald Reagan serves as an apt example as to why those low approval ratings won’t necessarily matter come election time. In 1980, Reagan defeated then-president Jimmy Carter by winning 489 out of 538 Electoral College votes and 44 states, all except Georgia, Hawaii, Maryland, Minnesota, Rhode Island and West Virginia.

After his landslide victory, Reagan experienced a polling slump during his first term in office, similar to what Trump is going through now. His approval rating as late as early 1983 was at 35 percent, the lowest of his presidency and even lower than where Trump’s is currently. His unpopularity was a result of the bad economy, the negative fallout from the Iran-Contra scandal and a slew of trivial issues magnified by the media.

However, eventually results began to trump innuendo in the public’s mind. Reagan’s approvals began to climb as the economy boomed, the job market grew, the United States flexed its muscles by invading Grenada, and the Soviet Union began to falter.

RARE POV: So far, Donald Trump has actually been tougher on Russia than Barack Obama

After four years of contentious relations with the press, Reagan was up for reelection in 1984. It was to be a referendum on Reagan himself that would decide whether American voters agreed with the negative media coverage or if they sided with the president and wanted him to remain in office.

They went with Reagan. The president’s mandate actually grew in that election, as he won 49 states and received 525 electoral votes against former vice president Walter Mondale’s 13 votes.

Now here we are again in 2017 with innuendoes swirling that Trump is widely unpopular and will lose to any number of Democrats in the 2020 presidential election. His agenda, which calls for a border wall, deporting illegal immigrants, repealing and replacing Obamacare, limiting the outsourcing of jobs and defeating radical Islamic terrorism, has been met with almost universal opposition from Democrats, many Republicans and much of the media.

The entire premise of Trump’s presidency, putting America first, has been met with mass disapproval from elites, too.

But the next time a political expert or television pundit likens Trump’s current approval rating to his odds of winning reelection in 2020, think back to Reagan winning 49 states during his reelection campaign in 1984 after his popularity had cratered only a year and a half before. Remember, too, how the Democratic Party lit $1.2 billion on fire for Hillary Clinton’s losing campaign in 2016.

Polls and pundit criticism aren’t necessarily indicative of people’s moods months and even years into the future. Democrats and liberals will sing the same tune for the next three years, after which, hopefully, they’ll learn their lesson. The real question is: How much more money and credibility will Democrats lose in 2020 if Trump wins again?