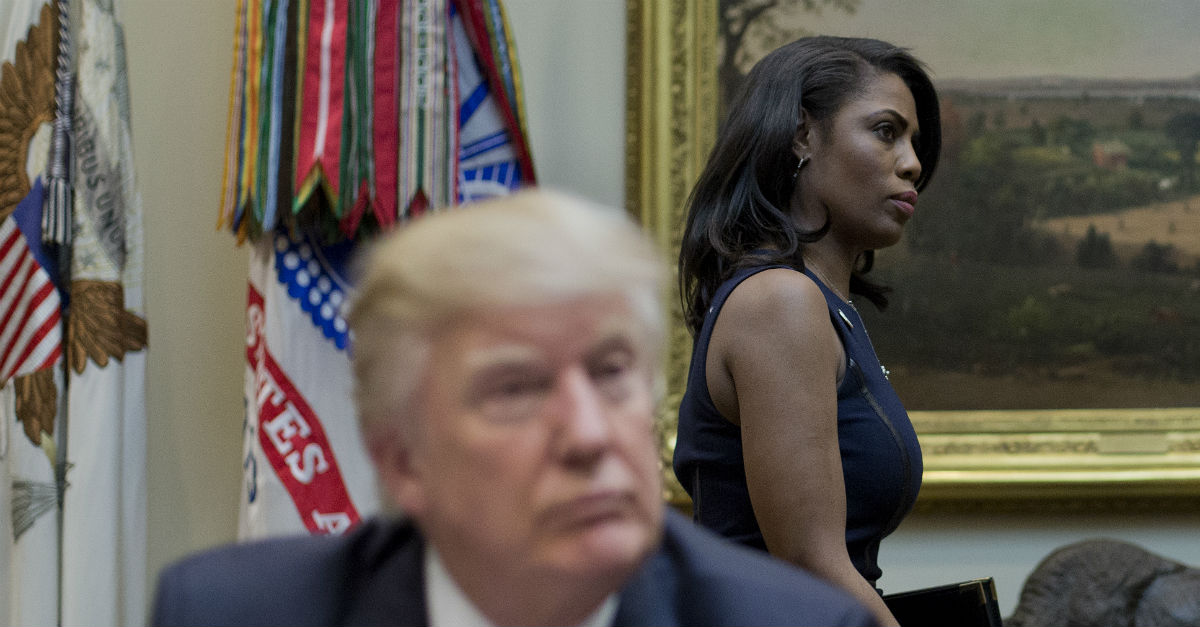 Chief of Staff John Kelly has been limiting access to the President Donald Trump since he came in and adviser Omarosa Manigault has seen her face time with the president drop-off, sparking speculation that her days may be numbered.

Manigault, who was a star on the “Apprentice,” serves as the communications director for the Office of Public Liaison. Before Kelly’s reign, she enjoyed direct access to the Oval Office, but the former Marine seeks to limit her influence on Trump, the Daily Beast reports. Specifically, Kelly has taken issue with Manigault’s ability to get news articles to Trump before they’ve been reviewed.

Advisers have been known to slip into the Oval Office and give Trump news that will upset him or boost his mood. Former Deputy National Security Adviser K.T. McFarland was even caught slipping fake Time Magazine covers to the president. Manigault is accused of drawing Trump’s attention to those speaking negatively of him — some sources even blame the president’s blistering Twitter attacks on MSNBC host Mika Brzezinski on the aide.

Manigault has been with Trump for years and is reportedly not happy with the new protocols that limit her influence on the president. Kelly is keeping a close eye on the information that passes across Trump’s desk. The president even recently complained that Breitbart and The Daily Caller, both networks that are loyal to him, have been noticeably absent from his daily printouts.

Between Kelly, Trump and Manigault, there seem to be a number of different factions in the White House. and as they bump into each other, more firings are almost inevitable. In an administration that has rotated at rapid-fire pace, some speculate that Manigault may be the next face out of 1600 Pennsylvania Avenue.

RELATED: Omarosa got sassy about when someone questioned her accomplishments