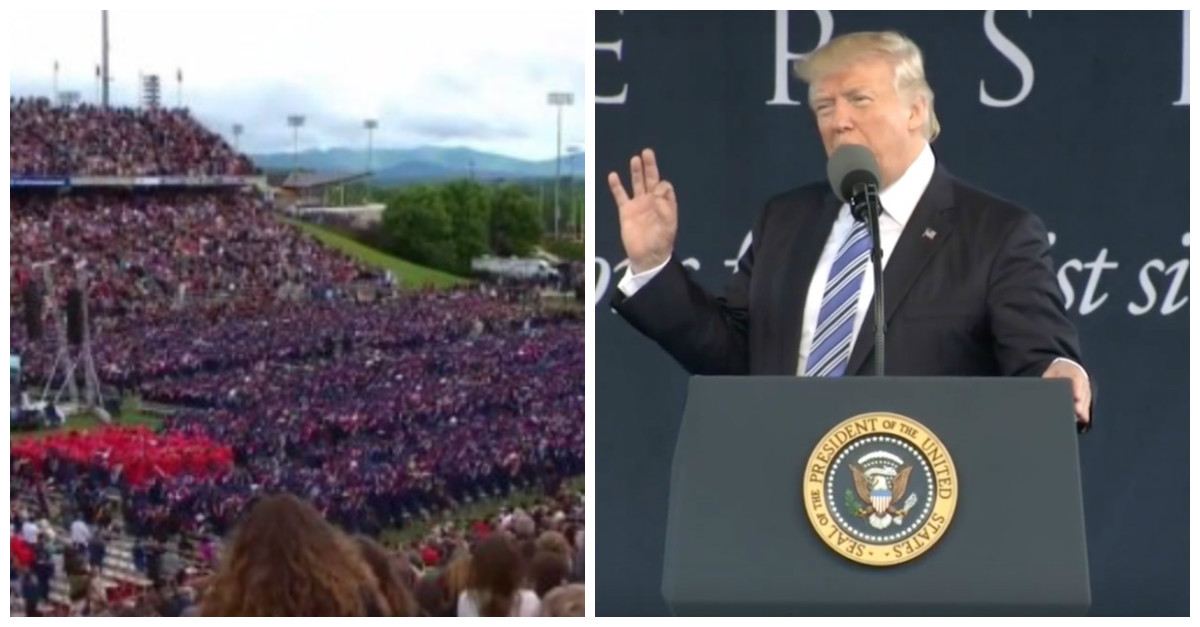 President Donald Trump gave a commencement speech Saturday at Liberty University in Lynchburg, Virgina, before a Christian audience, slamming critics as “pathetic” and appealing to his crowd by saying, ?In America, we don?t worship government, we worship God.?

RELATED: Trump says that he finally agrees with Rosie O?Donnell on this hot topic

?No one has ever achieved anything significant without a chorus of critics explaining why it can’t be done,” the president said. ?Nothing is easier or more pathetic than being a critic. There are people who can’t get the job done, but the future belongs for the dreamers, not the critics, the people who follow their heart no matter what the critics say.?

?In America, we don?t worship government, we worship God,” he continued. ?You will build a future where we have the courage to chase our dreams no matter what the cynics and the doubters say. You will have the faith to replace a broken establishment with a government that serves and protects the people.?

?You are living witness of the gospel message of faith, hope and love,? he added. ?I am so proud as your President to have helped you along over the past period of time.?

Trump said it was the third time he’d visited Liberty University, where Jerry Falwell Jr. is the president. Falwell Jr. was a staunch supporter of Trump leading up to Election Day.

You can watch the full speech below.

While some praised the speech, others said one student’s face said it all.