The Mooch is right that the leaks must stop, but that’s not the White House’s biggest problem 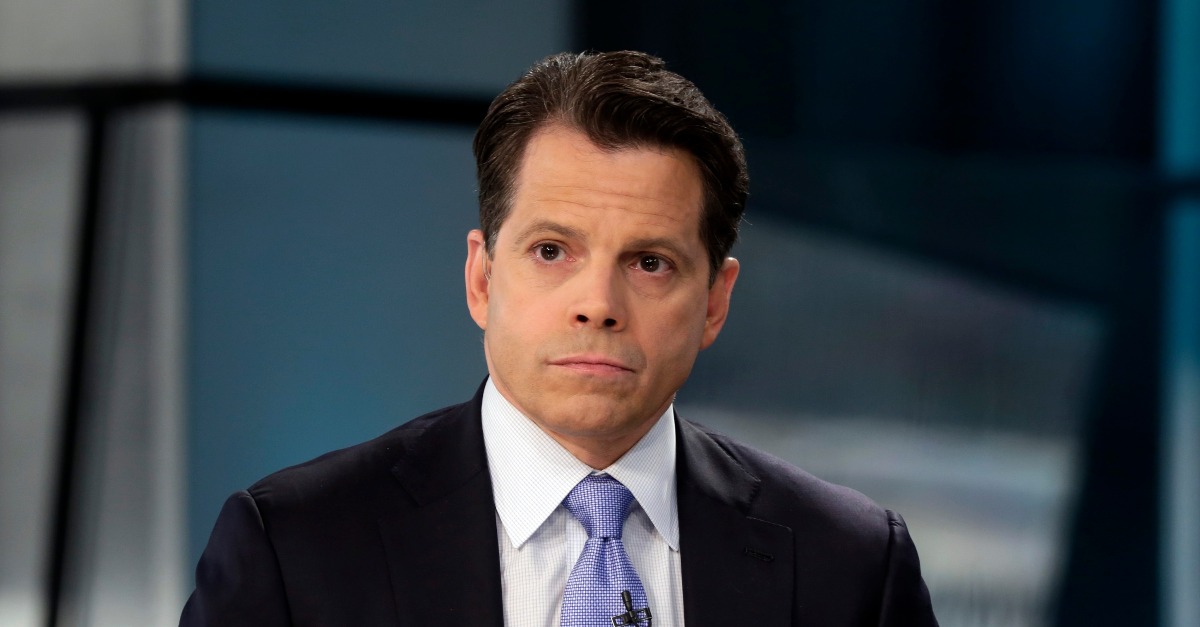 Okay, this can get a little complicated, so try to keep up.

Anthony Scaramucci, the new White House communications director, doesn’t particularly care for Chief of Staff Reince Priebus and Chief Political Strategist Steve Bannon. Priebus, in turn, doesn’t appreciate being undermined by Scaramucci. National Security Advisor H.R. McMaster is increasingly isolated in the organization he’s responsible for managing due in part to disagreements with Defense Secretary Jim Mattis, quarrels with the president himself, and an internal campaign from the Bannon camp to weaken McMaster’s power. President Trump is “disappointed” in his attorney general, Jeff Sessions, for recusing himself from an investigation that clearly called for a recusal. Kellyanne Conway is apparently whispering that Priebus will eventually be ousted from his job. And across town, Secretary of State Rex Tillerson is not at all pleased with the White House’s intransigence on his appointments and personnel decisions — so much so that he recently lost his temper and gave a couple of White House staffers a piece of his mind.

So to sum up, this White House is a dysfunctional collection of backstabbing, ego-driving, type-A personalities trying to outdo one another to get the big man’s attention.

RELATED: A White House insider gives an obscenity-laden interview about the infighting on Pennsylvania Avenue

It’s one thing for all of this nonsense to stay behind closed doors. But when you have this many competing power centers caring more about knifing their rivals in the back than advancing the president’s agenda, it becomes impossible to contain the invective. Just as confounding is why President Trump, whose re-election prospects hinge on getting things done for the American people, would not only tolerate this type of infighting, but allow it to continue. Everything else is getting drowned out by their intrigue, some of which, like Scaramucci’s recent rant to the New Yorker, could be mistaken for a mobster screenplay rather than an on-the-record talk with a national reporter.

The Trump White House is hardly the first to mimic a Washington, D.C. version of “Game of Thrones.” The first year of Bill Clinton’s administration, at least from a public relations perspective, was a disorganized mess that made it seem like nobody was in charge. George W. Bush’s National Security Council was hardly a happy family either — with Dick Cheney, Colin Powell, George Tenet and Donald Rumsfeld under the same roof, egos clashed and rival factions formed. President Obama’s first year resembled a shark tank, with Washington veterans chafing over the growing operational role of a group of NSC staffers many regarded as political strategists first and national security experts second.

But we have never seen anything like the chaos spewing out of the Trump White House. If Anthony Scaramucci is right about one thing, it’s that the media leaks are out of the control and somebody in the president’s inner circle with access to a lot of important information is sending juicy tidbits to journalists, further fueling the staff drama that the press loves to cover. From everything that we’ve heard and read about “The Mooch,” he is genuinely angry about White House staffers putting their personal reputations and careers above the president. He wants to right the ship, toss the disloyal Judases overboard and steer the ship into less turbulent waters. Anybody who has worked in Washington would sympathize with that mission.

The big question mark hovering over all of this is whether cracking down on leaks and prosecuting the leakers will reorient the administration’s compass in a more positive direction. Remember, the problem starts at the top. Unless President Trump changes the leadership style he’s become known for over the past five decades, the answer is probably “no.”