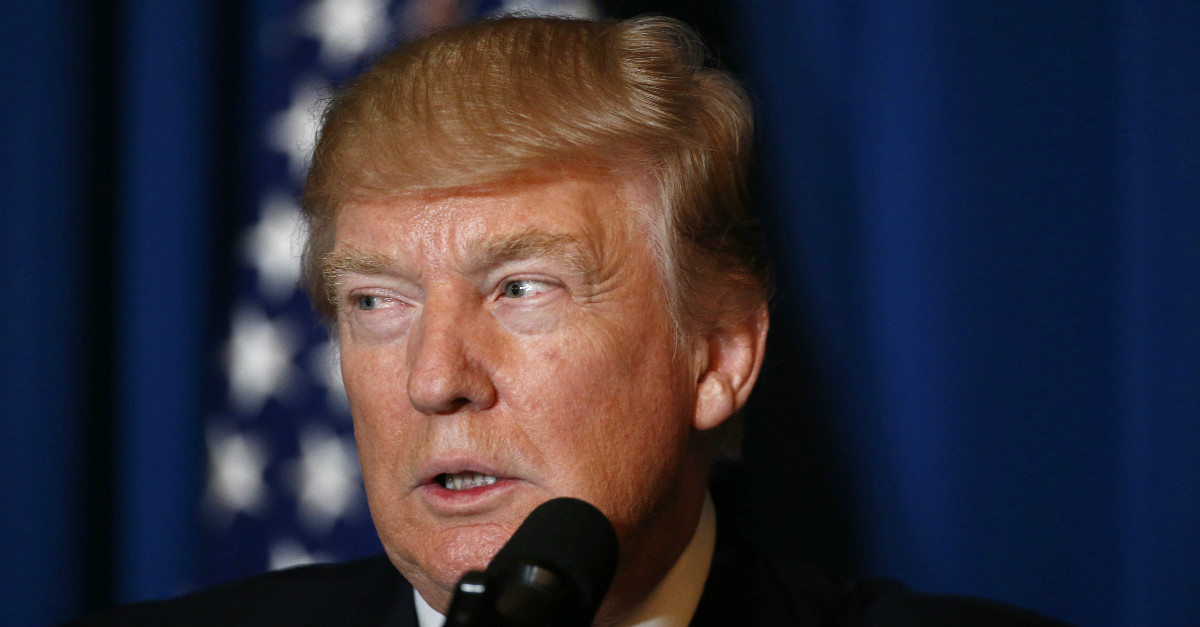 We should be abundantly clear at the outset: President Donald Trump’s reported disclosure of classified ISIS intelligence to Russian Foreign Minister Sergey Lavrov and Russian Ambassador Sergey Kislyak in the Oval Office last week isn’t a crime. As President of the United States, Donald Trump can reveal anything he wants to reveal to the public or to foreign officials if he believes it’s appropriate. House Democrats, particularly in the progressive caucus, will be clamoring for his impeachment — as some have been doing for weeks now — and will obviously use the Washington Post report yesterday to their political benefit. But Trump won’t be sued for treason, so at least he doesn’t have to worry about a legal defense.

RELATED: Intelligence that Trump disclosed to Russian diplomats may have come from one of America’s closest allies

Regardless of whether the release of classified information to the Russians is legal or not, Trump’s decision was the definition of stupidity. Yet again, he’s called his basic competency into question. One can only imagine how tired and furious Republican lawmakers are getting about all of the drama, controversy, and utter nonsense coming from the White House, torpedoing their legislative agenda. As Senate Majority Leader Mitch McConnell told Bloomberg TV, “I think we could do with a little less drama from the White House on a lot of things so that we can focus on our agenda.”
We obviously don’t know the full extent of the information that Trump told Russian officials, but it’s apparently serious enough that intelligence partners that would normally work hand-in-glove with the United States are openly doubting whether passing information to the Americans is now in their interest. A European intelligence official told the AP today that the inability of Trump to keep his mouth shut could cost Washington critical information on terrorism, Russia, Iran, and any other national security problem that could bubble up to the surface. That’s the real danger here. It’s not about impeachment; it’s not about how much this terrible story will hurt the White House’s credibility with the American people or the press (assuming that it has any credibility left in the bank); nor is it even about Trump making mistake after mistake after mistake. It’s about releasing information that wasn’t ours to release in the first place and thereby compromising the kinds of partnerships that U.S. counterterrorism officials need in order to provide the National Security Council with high-quality predictions.
U.S. intelligence professionals are really, really good at their jobs. Yes, the CIA has certainly made errors in judgment over the years (Iraq 2003, the Arab Spring, Russia’s invasion of Crimea, etc.), but there is a widespread consensus across the country that the men and women of the intelligence community are enormously dedicated and talented. But as good as they are, they can’t acquire every single bit of information and track every single lead by themselves. Building durable intelligence relationships that can weather setbacks is critical, particularly on counterterrorism, when the difference between a successful terrorist attack and a foiled plot is getting the information in time to stop it. The fact that Trump told the Russians something that he probably shouldn’t have — and that he didn’t have permission from the provider (reportedly Israel) to do so — will give our partners reason to question our reliability.
RELATED: H.R. McMaster said President Trump’s comments were “wholly appropriate” — then the story turned bizarre
Let this be a lesson for Trump: if you’re going to talk about closely-guarded secrets that even some agencies within the U.S. government don’t know about, pinch yourself before you act on impulse and blurt it out to an adversarial foreign power. If the impulse is just too strong, then you’ll preside over a tenure in which America’s intelligence partnerships go down the drain.