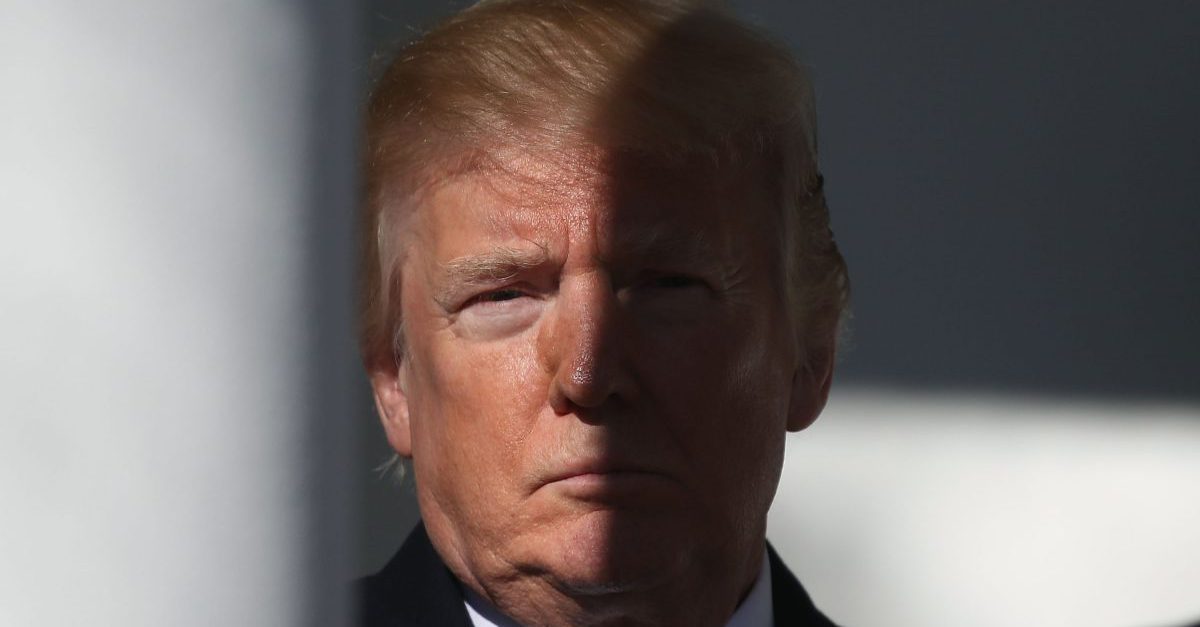 Mark Wilson/Getty Images
WASHINGTON, DC - JANUARY 19: U.S. President Donald Trump stands in the colonnade as he is introduced to speak to March for Life participants and pro-life leaders in the Rose Garden at the White House on January 19, 2018 in Washington, DC. The annual march takes place around the anniversary of Roe v. Wade, Supreme Court decision that came on January 22, 1974. (Photo by Mark Wilson/Getty Images)

President Trump wasted no time raising money for his re-election campaign and The White House says that they ended the year with a whopping $22 million cash on hand for a 2020 bid.

RELATED: MSNBC sticks up for the Trump administration after an author refused to denounce rumors about Nikki Haley

The White House brought in a bulk of their donations from small donors — individuals who contributed less than $200. Lara Trump, who is married to Eric Trump and a top adviser in her father-in-law’s re-election campaign, said in a statement “Never before has a president’s campaign committee raised so much in his first year in office, and never has a president enjoyed so much support from small donors who continue to rally around him.”

By comparison, President Obama ended his first year with about $8 million on-hand. Most of that money was from his previous election campaign.

TRUMP's campaign spent $2.8M in the 4th quarter. $1.1M of that — or FORTY ONE PERCENT — went towards legal fees, mostly to firms playing a role in defending against the Russia inquiry. https://t.co/FpnEgeaLz5

In November, the Trump campaign stopped paying the legal fees for Donald Trump Jr., Bloomberg reported. Trump Jr. has become a focal point of the Russia investigation because of a meeting he held with a Russian lawyer. Before the campaign cut the eldest Trump son off, they paid out $287,924 in legal fees for him.

For Trump associates finding themselves in Mueller’s spotlight, the legal costs can quickly add up. An interview with the special counsel’s team could ring in at $30,000. And that sum is similar to the price tag for an appearance before a congressional committee.