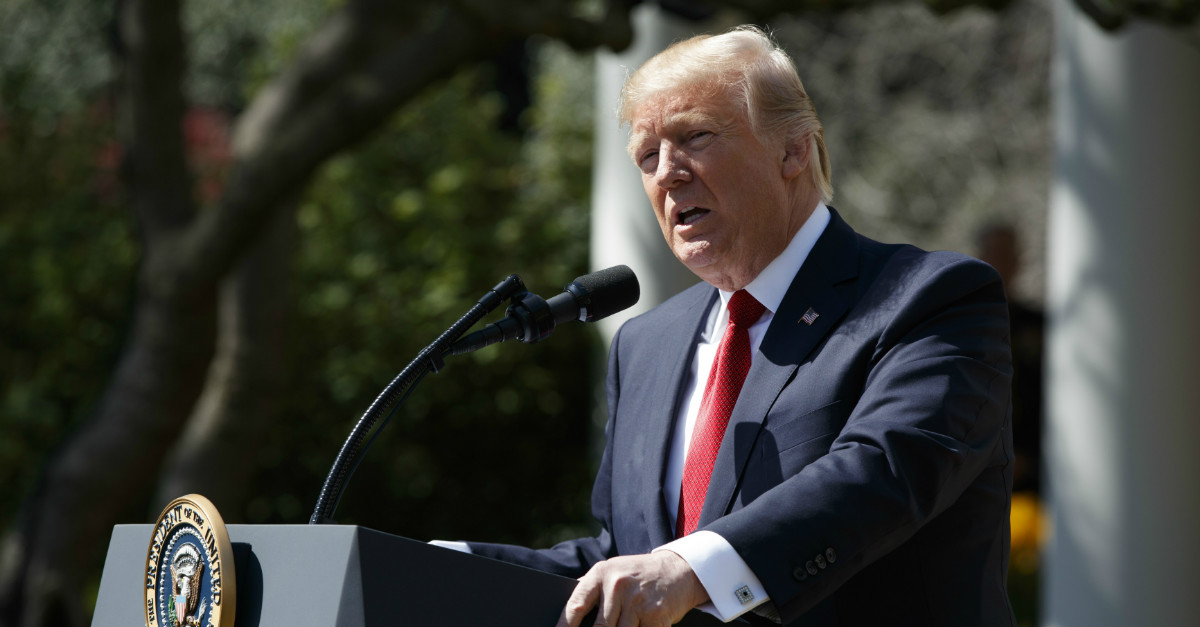 I was hoping to coin the phrase ?Shithole-gate,? but it seems Politico beat me to it.

This latest scandal, which erupted after President Trump allegedly referred to Haiti and African nations as ?shithole countries? and expressed a desire for more immigrants from countries like Norway, seems to have been the last straw for many congressional Democrats. Some, including Rep. James Clyburn (D-S.C.) of the Congressional Black Caucus, are reportedly pushing to officially censure Trump for his remarks, which Sen. Dick Durbin (D-Ill.), who was in the meeting in which Trump allegedly used the aforementioned profanity, called ?hate-filled, vile, and racist.?

Durbin went on to say that he could not ?believe that in the history of the White House, in that Oval Office, any president has ever spoken the words that I personally heard our president speak yesterday,? apparently unaware of LBJ?s penchant for calling civil rights legislation ?n*gger bills? and Nixon?s references to ?Negro bastards? who ?live like a bunch of dogs.?

Still, even if Trump is far from the first president to use crass and profane language behind closed doors, his comments are, if nothing else, potentially detrimental to U.S. diplomacy. The African Union has demanded that Trump apologize for his remarks, while Haiti plans to file a formal diplomatic complaint.

It was clearly a poor choice of words, and Trump should know by now that his administration leaks like a sieve.

As to whether his remarks were racist or not, I?m not so sure. Writing for the BBC, Drew Liquerman argued that Haiti ?is indisputably the poorest country in the Western Hemisphere and has serious disease and development problems,? while Norway is ?a prosperous, successful country.? A quick glance at the U.N. Human Development Index confirms this, with Norway scoring .949?the highest in the world?while Haiti sits in 163rd place with a score of .493.

It?s true that people from Norway tend to be white, while people from Haiti and Africa tend to be black, but Trump could just as easily have substituted Japan for Norway.

The problem isn?t that he wants the best and brightest people immigrating to the United States. The problem is his implication that people from ?shithole? countries are ?shitty? people. The United States is one of the few countries who grant citizenship as a birthright rather than on the basis of the jus sanguinis (right of blood) because the U.S. is not synonymous with any people group. Liquerman argues that ?educated and high-skilled immigrants… [come] disproportionately come from wealthy, developed countries,? but misses the fact that over 40 percent of African immigrants living in America have a bachelor?s degree or greater compared to just over 28 percent of the native-born population.

Just as surely as Norway has its slackers and ne?er-do-wells, Haiti and African countries must have their geniuses and entrepreneurs, and America has always prided itself in finding such diamonds in the rough. When Emma Lazarus asked the world to send America ?your tired, your poor, / Your huddled masses yearning to breathe free,? she didn?t do it because she wanted to take them on as wards of the welfare state. She was betting that in a new and free nation, the ?wretched refuse? would have a path to success unavailable to them in the old world.

In 2013, only 28,520 Norwegian immigrants lived in the U.S. compared to 593,980 Haitians. This is because people living in a wealthy, functioning democracy will never yearn for, or value or love, America like the people from the countries Trump disparages.