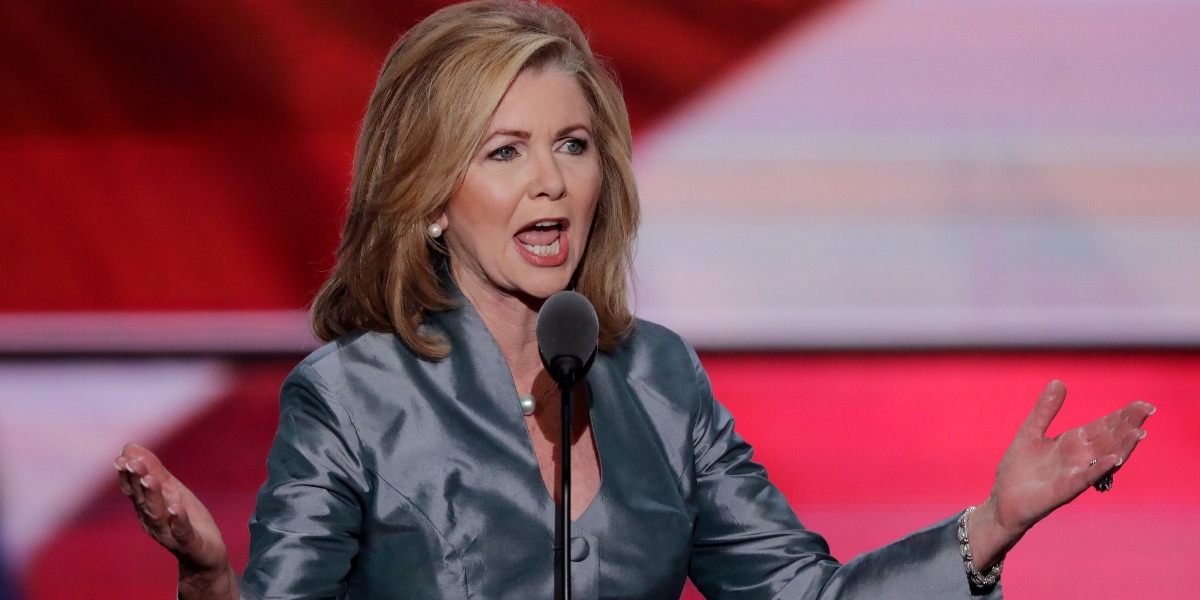 Marsha Blackburn’s two-minute video launching her campaign for U.S. Senate was carefully crafted to maximize both its offensiveness to liberals and its attractiveness to President Trump’s most die-hard devotees.

In the video, Rep. Blackburn (R-Tenn.) brags about her concealed carry permit, claims to be in favor of Trump’s “immigration ban,” despite the fact that the president never proposed any such thing (it was more a “Muslim ban”), and criticizes sitting Republican senators for acting “like Democrats or worse.”

RELATED: Rand Paul says he’s been “working with Trump for months” on the next health care move

It’s so over-the-top that I could almost imagine the video getting picked up by John Oliver, but now it appears that Blackburn, who identifies herself as a “hardcore, card-carrying Tennessee conservative,” will be getting plenty of free press for an entirely different reason.

In an email obtained by Politico, Twitter announced to Targeted Victory, the consulting firm running the Blackburn campaign’s social media, that while the ad would be allowed to remain on the website, the campaign would be blocked from paying to promote it.

In a video entirely composed of Deplorable-friendly mantras, it was Blackburn’s reference to having “fought Planned Parenthood and … stopped the sale of baby body parts” that Twitter considered to be a bridge too far.

Calling that section of the video “an inflammatory statement that is likely to evoke a strong negative reaction,” a Twitter employee assured Targeted Victory that the ban would be lifted if the offending quote were removed from the video.

Blackburn fired back with a Monday fundraising email claiming that she had been “censored for telling the truth” and with several tweets urging her supporters to join her in “standing up to Silicon Valley.”

Although I am absolutely not writing to make any sort of case for or against abortion, it is worth mentioning that this is not Twitter’s first dust-up with the pro-life movement.

Just last month, Lila Rose of the anti-abortion group Live Action accused Twitter of suppressing the organization’s ads and even asking it to make changes to its own website. Although some of these ads referenced the same questionably factual “baby parts” scandal Blackburn had alluded to, others were fairly typical and inoffensive pro-life messaging, including a picture of a fetus with the caption “I am not a potential human. I am a human with potential.”

Twitter’s advertiser policy states that ads should be “accurate” and should not include content designed to “offend or shock.” I could see graphic pictures of abortions or references to Planned Parenthood selling baby parts falling under these categories, but the extent of the censorship Live Action experienced clearly shows that Twitter is acting on a pro-choice political bias.

This is the same Twitter, by the way, that had no qualms about selling over $250,000 in ads to the conspiracy-peddling Kremlin propaganda organ Russia Today during the 2016 election and continues to allow them to advertise on the site to this day.

Twitter is a private company and has the right to block any content it chooses. As I’ve said before, if it’s not the government telling you to shut up, your First Amendment rights aren’t being violated. What concerns me is that Twitter’s attempt to suppress anti-abortion content and other right-wing messaging will only contribute to the vicious cycle that is our Trump-era political discourse.

RARE POV: How being anti-war made me pro-life

In her video, Rep. Blackburn claimed to be “politically incorrect and proud of it,” and her attempt at baiting the liberal establishment has clearly succeeded beyond her wildest dreams. We now begin a familiar pattern. Liberals applaud Twitter for shutting down lies and hate speech while Deplorables stoke their persecution complexes to a white heat, further fueling their mistrust of “elites” from Silicon Valley to the CNN newsroom.

If Twitter wants to keep both sides from becoming further entrenched, they’ll need to adopt an apolitical ad policy that acknowledges the difference between controversial and inflammatory while still enabling them to stop some moron from paying a few bucks to plaster genitalia across everyone’s screens. Following their current policy as written could be a start.