The speech took a strange turn when President Biden singled out a woman in the audience, this time asking for a picture with her and referring to her as ‘honey’.

Watch the clip below:

Joe being creepy again at MLK Day speech: “What’s your name honey? It’s good to see you. Maybe I can have a picture with you before I leave, ok?” pic.twitter.com/tarpgMK3Gq

Biden also used the speech to claim that he himself was a ‘Civil Rights Leader’, and even claimed to attend black churches as a child. We must wonder if this is just another instance of Biden misrepresenting his past.

During his campaign, Biden falsely claimed that he worked as a coal-miner.

Biden also separately claimed to have driven an 18-wheeler for a living, a claim that could never be substantiated.

Joe Biden also sponsored the 1994 Crime Laws, which have been largely blamed for increases in violent crime and incarceration rates across America.

Biden and his speechwriters are obviously attempting to re-write history. Unfortunately for them, Biden seems incapable of delivering a speech without drifting off into strange diatribes about women in the audience.

Check out the full speech below: 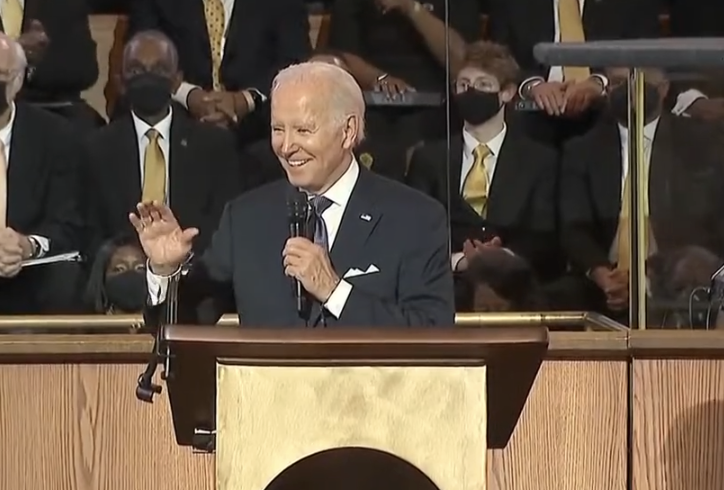