Whatever comes of the investigation into the Comey memos, it will be bad for the country 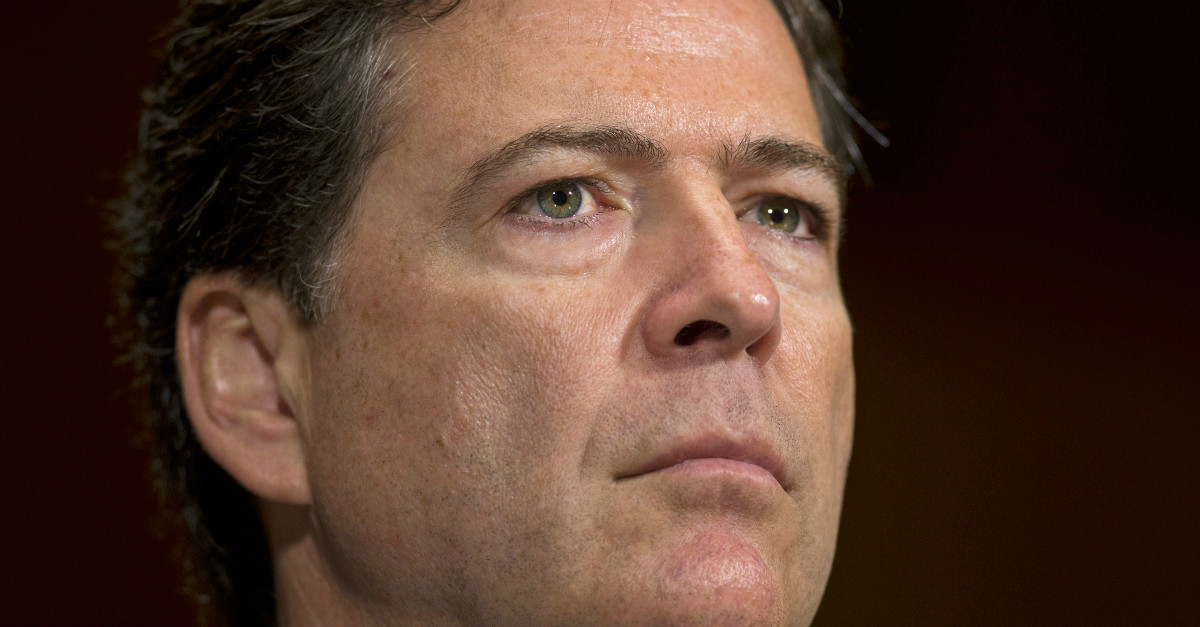 AP Photo/Evan Vucci
FBI Director nominee James Comey listens on Capitol Hill in Washington, Tuesday, July 9, 2013, as he testifies before the Senate Judiciary Committee hearing on his nomination. Comey spent 15 years as a federal prosecutor before serving in the George W. Bush administration, where he is best known for facing down the White House over a warrantless surveillance program. (AP Photo/Evan Vucci)

We are past the point of no return. No matter what happens going forward, there are no good outcomes for the country. Either President Donald Trump committed an impeachable offense or the press has irrevocably destroyed its own credibility. Both would do great damage to the American republic.

The New York Times reported on Tuesday that former FBI director James Comey had a memo stating that President Donald Trump asked him to end an investigation into former national security advisor Michael Flynn and his ties to Russia. If you get your information from Fox News, you might be reading about this for the first time.

From the Los Angeles Times:

While CNN’s coverage focused heavily on whether Trump’s actions constituted obstruction of justice, much of Fox News’ coverage implied the media reports were part of a campaign by Democrats and those media outlets to discredit Trump. “Dems & Media in meltdown over Trump-Russia ties,” read a headline.

In a straight-ahead report, Fox News chief White House correspondent John Roberts said of the bombshell news: “I think it bears repeating: the White House saying the president has never asked Mr. Comey or anyone else to end any investigation, including any investigation involving Gen. Flynn. But what we don’t know, though, is what the president actually did say to the former FBI director during that meeting. We only know what the White House is claiming.”

What followed on Fox News were a series of appearances by guests, including a U.S. senator, who repeated refrains that Trump uses regularly: The outcry was the result of a media double-standard and the real culprits were the government officials who leaked information to reporters.

Fox News’s attempt to downplay the memos for clearly partisan reasons is part of the reason why there are no good outcomes possible here. If any investigation finds that Trump did something wrong, a large portion of the electorate will reject the result out of hand. They will blame the media, Democrats, or “the deep state.”

RELATED: Dan Rather puts it in simple terms for President Trump: “Put up or shut up”

American politics has devolved into mindless tribalism and virtue-signaling. We don’t fight over policies or sincerely held political principles. Instead, we squabble over cultural issues that feel good, but ultimately do little to make the country better. Our politics more resembles cavemen fighting over a piece of meat than “Mr. Smith Goes To Washington” or even “House of Cards.”

Nothing good will come of the investigation into the Comey memos because most people have already made up their minds on this case. That is not to say the decision to finally appoint a special prosecutor to look into Russia’s role in the election is a bad one. It’s long overdue. This is simply a lament that for so much of the country it will not be accepted as a search for the truth. Instead it will get crammed into everyone’s preexisting narratives.

Our country deserves better than its current politics.