When your politics devolve into pure hero worship, you’re eventually going to sell out 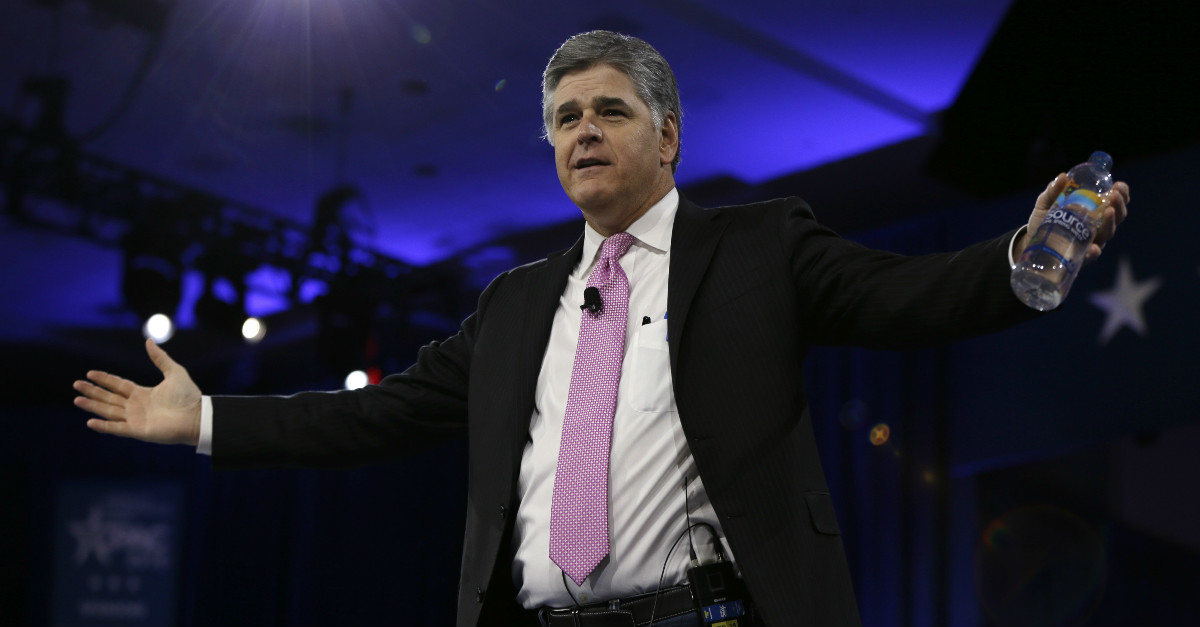 Fox News? Sean Hannity has been upset for a while now at anyone who dares challenge President Trump — including conservatives.

Addressing Hannity, rightwing pundit Ann Coulter recently wrote in a column on her website, ?Sean Hannity, bless his heart, has the zeal of the late Trump convert. He would endorse communism if Trump decided to implement the policies of ?The Communist Manifesto.? (Which the GOP?s health care bill actually does!)?

Ann, u fall in and out of love with Christie Romney Trump and how many others. Frankly you just bore me. https://t.co/ERf1TUUk8U

RELATED: What a trip to the hospital taught me about Mitch McConnell?s lousy health care bill

Hannity makes a valid point. But not about Coulter; about himself.

Though you can find much hypocrisy in Coulter?s on-again, off-again support of Republicans Chris Christie, Mitt Romney and Donald Trump in recent years, what Hannity appears to be saying is actually far worse?that conservatives should not ?fall in and out of love? with Republican leaders, but choose to either like or loathe them and commit to any agenda they pursue accordingly.

So something closer to unconditional love, Sean? Because that?s a terrible and absolutely unprincipled way to approach politics.

It also proves Coulter?s original point: no matter what Trump does?even if it is wholly unconservative?Hannity will back it. In his own tweet, Hannity basically confirms Coulter’s criticism.

This exchange reminded me of a conversation I had with a progressive friend recently. She was complaining about those on the left who were so invested in Hillary Clinton that they viewed her as infallible. It bothered her that some Democrats did not believe Clinton should never be questioned or challenged in any manner by her supporters. She noticed the same phenomenon with Barack Obama.

I chimed in that there are many on the right that approach Trump in the same fashion — Hannity is but one example.

If you believe they do, you?re investing in a personality cult at the expense of things you used to believe. It?s literally selling out. That?s what Hannity appears to be doing in his twitter exchange with Coulter, though it should be noted, to his credit, that Hannity did side with the House Freedom Caucus over the president in the House version of the GOP health care bill.

My favorite people in politics are those willing to call BS on their own side, left or right. My least favorite are those who rarely have moral qualms with policies so long as they are being implemented by their side.

RELATED: If you won?t leave your partisan bubble, you care more about making yourself feel good than political change

If you?re a progressive who hated the Patriot Act under George W. Bush — though President Obama would later outpace Bush in infringing on civil liberties — that doesn?t mean it?s okay when a Democrat abuses the Bill of Rights. If the reliably hawkish President Hillary Clinton would have taken the same aggressive foreign policy approach the left once marched in the streets to oppose Bush-Cheney over (Clinton was also supported in 2016 by many of the Bush-era neoconservatives), that does not mean another Iraq-style War becomes a liberal pursuit.

And if some of the core parts of Obamacare that Republicans spent years railing against now end up in a GOP health care bill the president approves of, that in no way makes the new plan conservative simply because you happen to like Donald Trump.