Whether the topic is Clinton’s emails from last year or Trump-Russia today, partisan hypocrites have no genuine regard for the rule of law 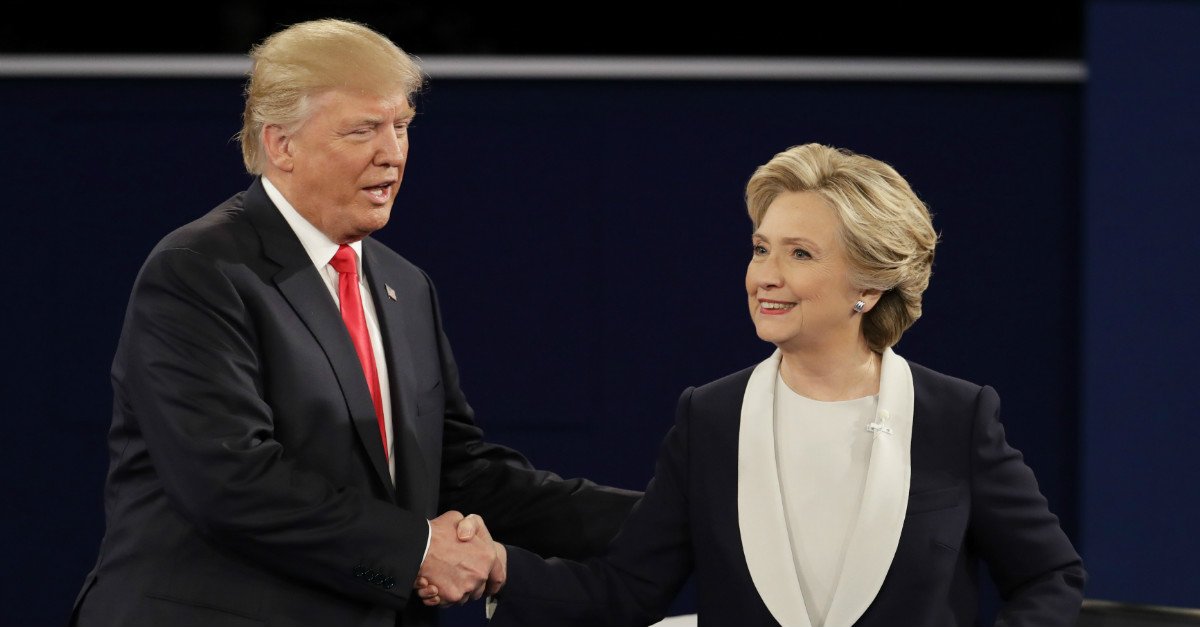 When Hillary Clinton was being investigated last year for potential misuse of classified emails, most Republicans insisted she broke the law. Most Democrats considered it a political witch hunt. They still do.

Right now, Democrats are salivating over the possibility that Donald Trump Jr.’s newly revealed meeting with a “Russian government attorney” amounts to collusion with a foreign power in the 2016 election, which is illegal. Many Republicans think it’s just a smear campaign.

RELATED: Get ready to hear the word ?collusion? another billion times this week

Did Clinton break the law? Did the Trump campaign?

I have a better question for partisans on both sides: Do any of you actually even care about the rule of law?

Most Democrats never gave a damn if Clinton broke the law. Similarly, Putin could be given a permanent room at the Trump hotel, and Sean Hannity would call any outlet that reported it the “Destroy Trump Media.”

It is good that both Clinton and Trump have been raked over the coals to determine any wrongdoing. No one should be above the law, particularly not elected officials. But I don’t like that those accusing Trump the most from the left and those on the right who went full bore against Clinton’s email activities have always seemed to care mostly about scoring political points, ignoring their own glaring hypocrisy.

It’s tiring. I can’t turn on CNN right now without hearing about Russia, yet their approach to Clinton’s emails was certainly less wall-to-wall. Reverse that for Fox News.

But this is where we’re at. It’s not new, but it does seem to be getting worse. The National Interest’s Daniel McCarthy provides some perspective on Trump that could also be applied to Clinton’s troubles:

This, then, is what politics will look like for the foreseeable future. The embarrassments will keep coming, and more likely than not, they will keep falling short of proving the case that liberals believe, on faith, must be true. Trump will fight on, and his fighting will both give heart to his supporters and create new tangles and scandals, which will bolster his enemies. The op-ed writers will wring their hands, and Twitter pundits will chirp.

McCarthy adds, “The country will survive, though, and may even be stronger for putting its institutions to the test.”

The country will, of course, survive.

Or will it? Hannity warned before the election, “Hillary Clinton could be sworn into office while still being under investigation from the FBI, which would then put this country into a major constitutional crisis!”

RELATED: Donald Trump Jr.?s judgment is in serious question after he met with that Russian attorney

Well, now President Trump is under investigation, something many Republicans would rather just sweep under the rug.

Are we in the middle of a constitutional crisis? Hardly.

The lesson is that both Republicans and Democrats have leaders who play loose with the rules and don’t appear to worry about getting caught — until, of course, they are.

Neither party cares at all if laws are being broken when it’s their side that’s doing it.