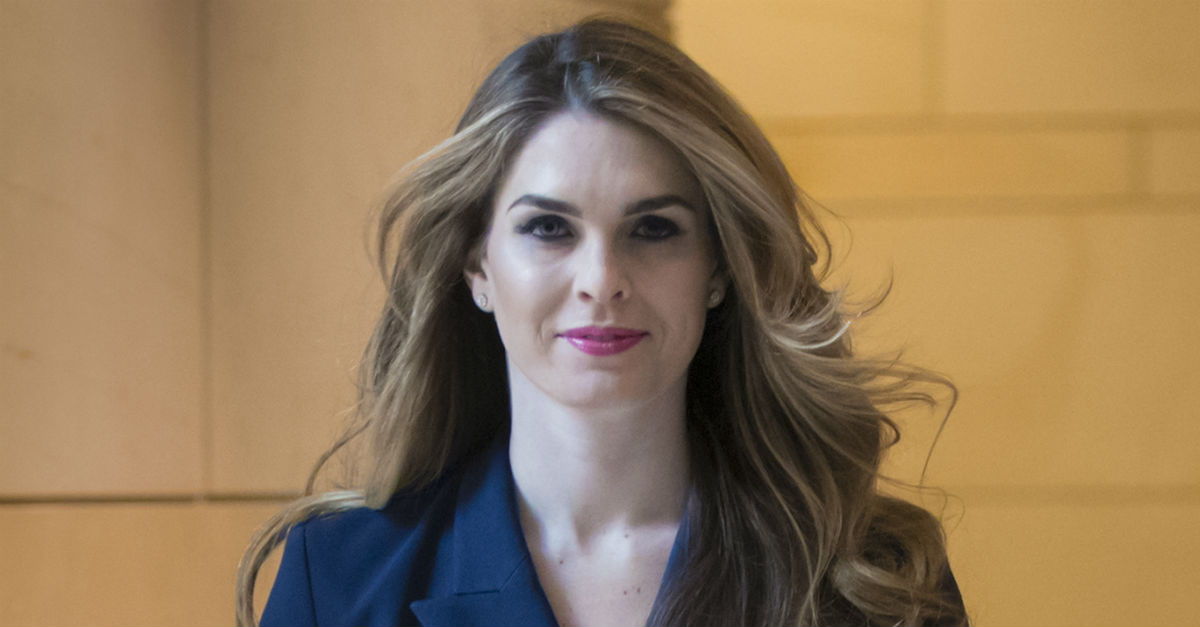 White House Communications Director Hope Hicks said she will be leaving the Trump Administration in coming weeks, according to The New York Times.

Hicks has allegedly told co-workers and friends for months that she was considering leaving 1600 Penn and mused that “there would never be a perfect moment to leave.”

In a statement to the Times, Trump said “Hope is outstanding and has done great work for the last three years. She is as smart and thoughtful as they come, a truly great person. I will miss having her by my side but when she approached me about pursuing other opportunities, I totally understood. I am sure we will work together again in the future.”

The 29 year old’s decision to leave the White House comes only a day after she testified before the House Intelligence Committee. In that interview, she refused to answer many of the questions that lawmakers hurled at her. Frustrated by Hicks’ silence, the top-ranking Democrat on the committee, Rep. Adam Schiff (D-Calif.), later said that he is likely to subpeona her and possibly other administration officials.

He's blaming Hope Hicks … "The president feels that Hope Hicks has allowed her romantic relationship with Porter to really cloud her judgment and her decision-making … that Hope Hicks put her own priorities above his and above the White House's." pic.twitter.com/ahPjkyxszI

The young star came into the spotlight again a few weeks ago when she put together the official statement on the White House’s decision to part ways with former aide Rob Porter, whom Hicks was dating. Trump was allegedly angry with Hicks for her handling of the situation and not consulting him before releasing a statement.

Hicks first came into the Trump orbit in 2012 when she was brought into Ivanka Trump’s fashion brand. Since then she’s done everything from model to run the White House press team. Hicks also said she has no plans for her next move as of now and her departure time “was unclear.”