Whoopi Goldberg says if Donald Trump becomes president, here’s what she plans to do 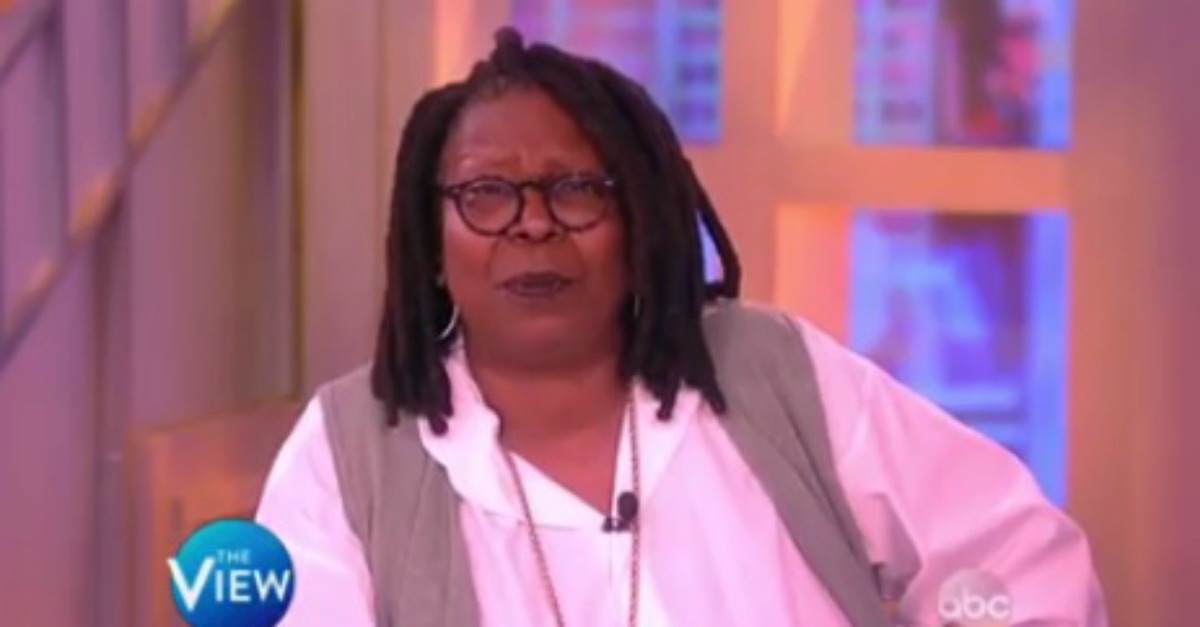 ABC’s “The View” co-host Whoopi Goldberg is making it clear what she plans to do if Donald Trump should become President of the United States.

Goldberg read from a series of transcripts on the show Wednesday to highlight comments she’s made during the presidential race. She made it clear that she has no plans to vacate the U.S. if Trump wins.

RELATED: If Trump wins and you want to get the hell out of America, here’s a place you can go

“I’m not going anywhere, honey,” Goldberg said. “This is my country.”

Goldberg noted Trump’s recent comment that actress Lena Dunham’s promise to move to Canada is motivating him to win the White House.

RELATED: Actress Lena Dunham is a huge Hillary Clinton supporter, so why is Donald Trump saying she’s motivating him to win it all?