Donald Trump has given too much power to his generals 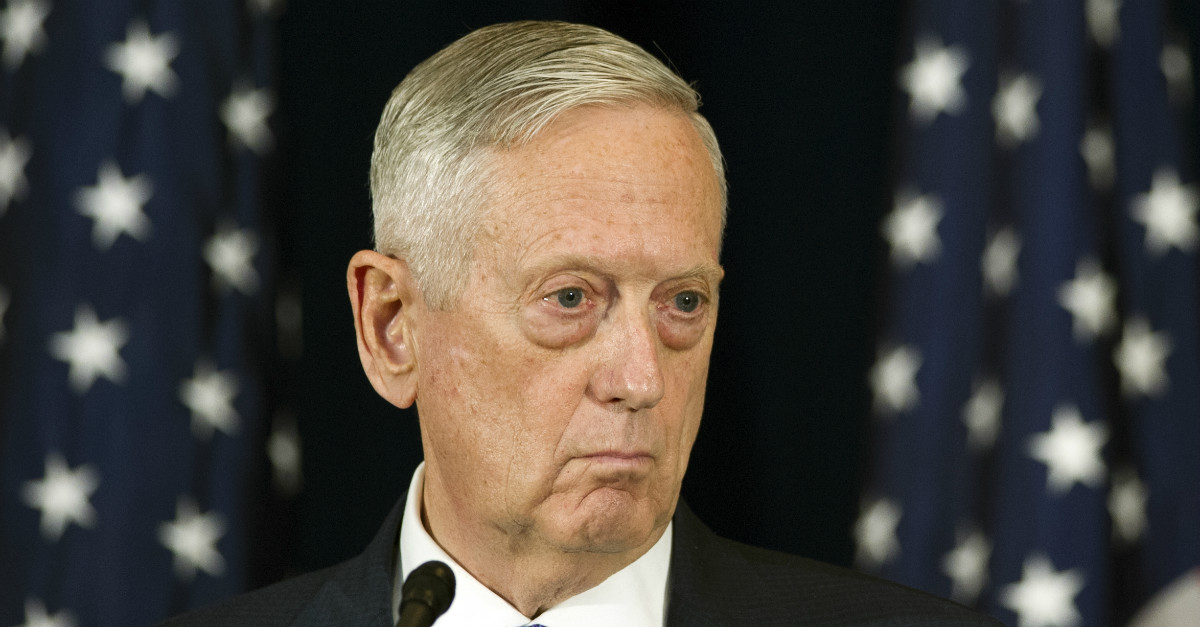 President Trump has been a wildcard president so far ? easily irritable, unpredictable and often openly defying norms of governance. But, his foreign policy has largely continued the status quo.

Writing in the most recent issue of Foreign Affairs, Elliott Abrams, a senior fellow for Middle Eastern studies at the Council on Foreign Relations, argues the Trump regime is ?not a revolutionary administration.? In fact, he believes, ?The broad lines of its policy fits easily within the last few decades […] his foreign policy has been remarkably unremarkable.? Everything from his cabinet appointments and his backtracking on NATO, to his attitude on China and his missile strike in Syria, points to an abandonment of his anti-establishment rhetoric from the campaign.

But there’s another trend at work in the Trump administration, too: decision-making at the Pentagon has been pushed further down the chain of command to Secretary of Defense James Mattis and the military commanders below him. In a break from liberal tradition, power is actually being shifted away from the president. This not only has bad practical consequences, but risks setting a precedent that could change the nature of our institutions. The military could end up as essentially an autonomous agent, setting policy without public debate. This means military actions would be free of any political accountability.

For many years, the intelligence community has operated in this way. According to Michael J. Glennon, a law professor at Tufts University and a former legal counsel for the Senate Foreign Relations Committee, a group of several hundred unelected bureaucrats dominate national security policy. During Glennon?s time as counsel, national security officials drafted legislation, endorsed or opposed measures at hearings and markups and lobbied to codify their positions into law. Created by President Truman, the apparatus that includes the CIA, NSA, NSC, and the Joint Chiefs has displaced Congress and the president?s authority in matters of national security, while also becoming less politically accountable, given all the secrecy that shrouds most of their actions.

This decrease in democratic oversight is what we risk by pushing authority for military actions down the chain of command. Trump has given Mattis and his commanders flexibility to set their priorities and take advantage of opportunities that arise. Mattis has been given the ability to set the number of troops present in Iraq and Syria. Commanders in Yemen and Somalia can launch strikes without permission from the White House. This results in unintended consequences, as New Yorker reporter Dexter Filkins has highlighted. Airstrikes in Mosul have killed 200 civilians, and a bomb in Syria accidentally killed anti-Assad rebels who were trained by Western forces. The dropping of the MOAB, the largest non-nuclear weapon in our arsenal, in Afghanistan was the result of a trigger-happy commander and took even Mattis by surprise.

Unintended consequences aside, perhaps the biggest cause for concern in the Trump administration is that we risk recreating the Pentagon in the image of the intelligence world, turning the military brass into a group of unelected bureaucrats, who effectively dictate policies that have significant and wide-ranging implications. The difference is that the military possesses the most advanced and destructive weapons technology on the planet, while the intelligence community does not.

Politicians and pundits often assert that national security and military-related matters shouldn?t be politicized. We shouldn?t question the analysis and recommendations of generals and others ?on the ground? because they?re the experts. But, airstrikes and troop levels need to be subject to strict political oversight. These things have life and death consequences ? not just for military personnel, but also civilians. Congress has already abdicated its war-making authority, giving the executive wide latitude in using military force without their approval. That leaves the presidency as the only war-making part of government still subject to any kind of accountability from the voters.

A hallmark of liberal democracy is the subordination of the military to civilian rule. The power to shed blood is supposed to be wielded by elected officials who have to answer to constituents in some form. Trump?s decision to give greater autonomy to the Pentagon risks setting an institutional precedent that severely impairs this norm. Sending troops into a battle they may not return home from should be weighed by more than a handful of generals. It should be among the most difficult, deliberative decisions that government?elected government?should make.

About the author: Jerrod Laber
Jerrod A. Laber is a non-profit program manager living in Northern Virginia. He is a Young Voices Advocate. Follow him on Twitter @jerrodlaber.
View More Articles