You can like parts of politicians’ agendas without completely embracing them 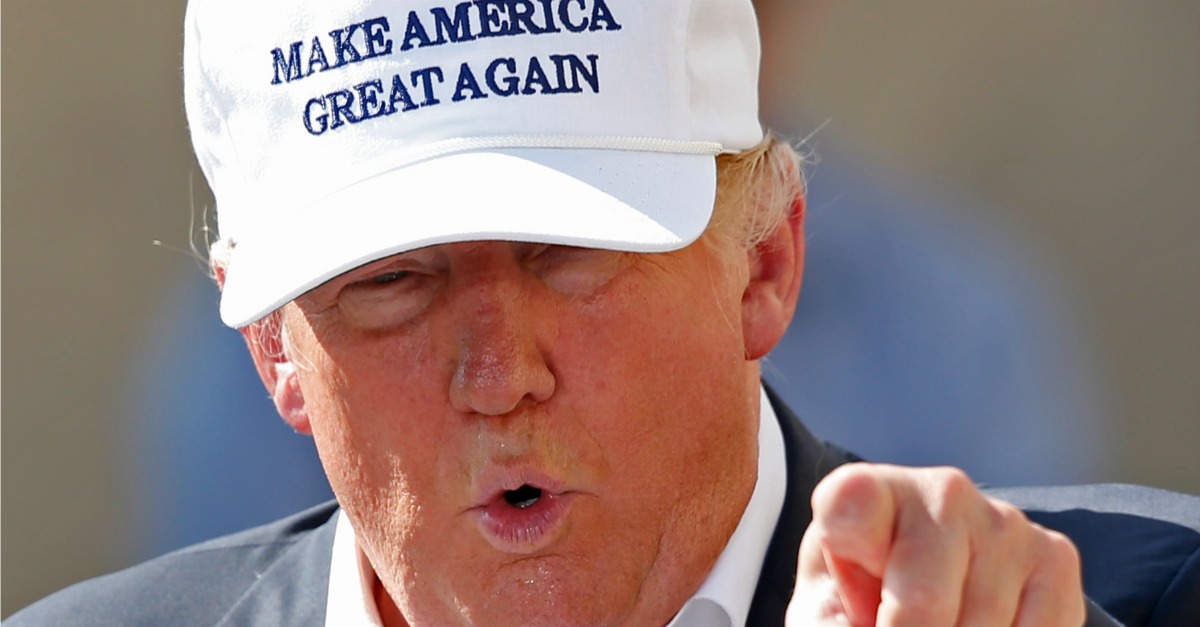 When diehard Donald Trump supporters ask what you think of the president, they aren’t looking for a policy discussion. They want a thumbs up and maybe even a Make America Great Again hat to appear.

The reverse is also true.

When diehard Trump haters ask what you think of the president, they don?t want anything in-depth either. They want a thumbs down, and a Hitler mustache on his face wouldn?t hurt.

This is all too common, but it’s also a crazy way to think about politics.

RELATED: Trump?s conflicts of interest are only a problem because the presidency is way too powerful

There are things I like about Donald Trump (his campaign promise to not get involved in other nation?s civil wars) and things I don?t like (him getting involved in Syria?s civil war). But my likes and dislikes are almost all policy based. It?s not really about the man, though obviously that matters too. Too many seem to embrace or reject figures wholesale, which rarely addresses the moral complexity of politicians? appeal or repulsiveness.

On Sunday, I watched conservatives and libertarians hash out the French election on social media, with many either cheering or denouncing the National Front?s Marine Le Pen. Le Pen does represent a nationalist fervor that many compare to Trump in the United States. If you?re a Trump fan, you might be inclined to favor her. She?s challenging the establishment just like he did! But Le Pen?s nationalism also includes big government socialism combined with ugly anti-Muslim and anti-immigrant rhetoric.

If you?re a conservative or libertarian who favors taking on political elites, but obviously don?t subscribe to socialism, why can?t you just say that? Point out the good and the bad? That Le Pen?s opponent is a socialist too shouldn?t change who you choose to associate your name with. If you?re a progressive or libertarian who sees, rightly, the fascist and racist tendencies of Le Pen, can you not condemn those negative aspects of her campaign out while also understanding why so many French are genuinely spooked by the threat of radical Islamic terrorism?

Truth is more often found in the middle than at the extremes.

Unfortunately so much of politics isn’t about what?s true and untrue, right or wrong. The celebrity and sport of it all so often comes first. For example, some conservatives have now flipped from free trade to protectionism simply because Trump is their president. It?s literally about the man and their party more than the free market principles so many have espoused their entire careers. Just ask our vice president.

As a libertarian conservative, the only White House occupants I could get on board with to that degree would be a President Ron or Rand Paul or perhaps some of their libertarian allies in Congress. But that too would be policy-based. I would be comfortable embracing the ?team??and am comfortable generally embracing libertarian Republicans?because the end goal is liberty and a more constitutional and limited government.

But it is strange that a conservative or libertarian would endorse a Trump or Le Pen wholesale when much of those politicians? agendas are opposed to their own. Not to mention, as Rare?s Matt Purple notes, there is an actual conservative in the French election and it?s not Marine Le Pen. ?There?s nothing conservative about French presidential candidate Marine Le Pen,? writes Purple. ?Anyone who believes the government should nationalize the banks?only temporarily, she assures us?is thieving from the political left, as is anyone who believes the state should reach all the way down to the beach and ban burqini swimwear because it?s preferred by Muslims.?

RELATED: There was a conservative in Sunday?s French presidential race and it wasn?t Marine Le Pen

It is part of our nature to identify with figures and teams. But those figure and teams should first represent our own politics and worldview, not the other way around.

If there are aspects of a politician you like, yet too many parts of their agenda you?re opposed to, you should frame any praise you have in exactly that way?not jump on board willy-nilly, turning it into a showdown between severely flawed candidates just for the sport of it.

That?s dumb. It?s also too much of our politics.