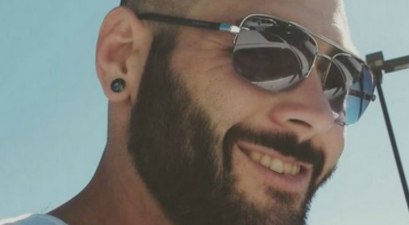 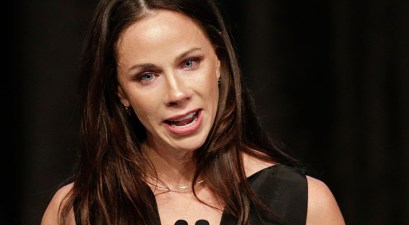 Millions of Americans have watched Ariel Winter grow up before their eyes, thanks to her stint as Alex Dunphy on ?Modern Family.?

But off-screen, things have not always been perfect for the young star.

In 2012, Winter filed to become legally emancipated from her parents, citing emotional and physical abuse as cause for necessary separation. Her sister, Shanelle Gray, filed for legal guardianship of her then-14-year old sister. Winter was legally emancipated in May of 2015.

Through the years, Winter has gone from playing a nerdy teenager to blossoming into a beautiful young woman.

In early 2015, after consulting with both her biological and TV families, Winter announced that she had undergone breast reduction surgery in order to feel more comfortable with her body. According to Winter, her bust size was causing her great physical pain, and she was tired of being sexualized in the press because of it.

“It’s amazing to finally feel right,” Winter told Glamour. “This is how I was supposed to be.”

Because of her bust size, many of Winter?s wardrobe pieces would seem tighter than intended, which led to some ridicule.

?Everyone would [say], ‘Why is she dressing so mature? That’s so inappropriate for her age!’? Winter said. ?I understood what they were saying? It’s not like I wanted to pick out those inappropriate dresses, it’s just that I didn’t really have another choice,” she told Glamour.

Ever since, Winter has shown other young girls that their bodies are their temples, and that it?s okay to strive to be the best version of yourself.

“It’s hard when you’re a teenage girl and you already have a lot of ridicule and then you pile on more,? Winter said. ?It just gets too much.?

“We live in a day and age where everything you do is ridiculed. The Internet bullies are awful. I could post a photo where I feel good, and 500 people will comment about how fat I am, and that I am disgusting. On [red carpets], I just said to myself, ‘You have to do your best to look confident and stand up tall, and make yourself look as good as you can in these photos,’ because everyone is going to see them. I definitely seemed confident; I’m an actress, that’s what we do. But on the inside, I wasn’t feeling so happy.”

Watch the full YouTube videos credited above: Ariel Winter is stunning in her white gown taking selfies at 21st Annual Screen Actors Guild Awards via PopCandiesTV, Ariel Winter Feels ‘Amazing’ After Surgery, Says Sofia Vergara Helps Her Dress for Her Body via Entertainment Tonight, Behind-the-Scenes: How It All Began via MOFY Nation, and Modern Family – Julie Bowen Got Pranked via The Paley Center for Media