Menu
Follow us
Search
Menu
Search
Head coach Mike Tomlin of the Pittsburgh Steelers stands on the sidelines during the game against the Chicago Bears at Soldier Field on September 24, 2017 in Chicago, Illinois. (Photo by Joe Robbins/Getty Images)

A volunteer fire chief in Pennsylvania is facing harsh criticism after he called Pittsburgh Steelers head coach Mike Tomlin a “no good n****r” on Facebook over the weekend.

Chief Paul Smith, of the Muse Volunteer Fire Department in Cecil Township, commented on Tomlin’s decision to keep his team off the field for the national anthem. On Sunday, Chief Smith wrote, “Tomlin just added himself to the list of no good n*****s. Yes I said it.” The post quickly stirred up backlash in the community, which is located about 20 miles outside Pittsburgh.

Smith is out the country on vacation but told WXPI that he regrets his statement, saying, “I am embarrassed at this. I want to apologize. I was frustrated and angry at the Steelers not standing for the anthem. … This had nothing to do with my fire department. I regret what I said.” The Cecil Township manager said that the board of supervisors is “deeply disturbed” by Smith’s remark and “in no way, shape or form condone[s] his comments.”

RELATED: The only Steelers player to stand for the national anthem just had a giant change of heart

The Steelers did not take the field for the national anthem on their game Sunday against the Chicago Bears. Instead, Tomlin kept his team in the tunnel, saying he wanted the group to stand together. The only Steeler to take the field was former Army Ranger Alejandro Villanueva. He has since been branded as a patriotic hero, with his jersey sales skyrocketing; however, Villanueva has also said that he isn’t happy with his decision — which he said was the result of a miscommunication — and that he feels he made his team “look bad.”

A Cecil Township spokesperson has not returned Rare’s request for comment, and it’s unclear if any disciplinary action will be taken against Smith. 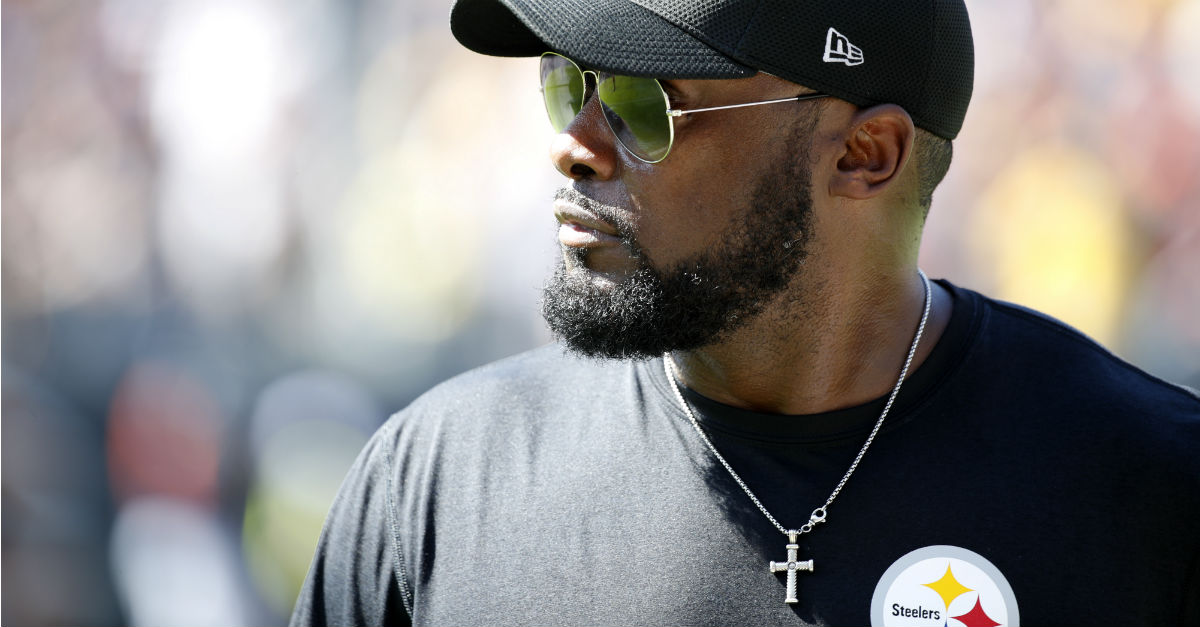