Guillermo Rigondeaux, former elite world champion boxer, just shared a graphic photo of his face after suffering a freak cooking accident. While he was at home last March, a pressure cooker exploded in his face and burned his corneas. He lost 80% of his vision.

Rigondeaux was already suffering from some shock defeats after a long and successful run representing Cuba, mostly in the super-bantam weight class. Hence, it is unclear if he will ever return to the ring.

When the pressure cooker exploded, boiling water splashed his eyes and chest. It left him with severe and life-altering burns.

“Every night when I close my eyes, this is what I see, sometimes it’s hard to forget” Rigondeaux posted.

After the freak accident, his manager, Alex Bornote, made a statement to El Nuevo Herald.

“Guillermo Rigondeaux faces a difficult battle to rescue what remains of his career in the ring. The Cuban boxer suffered injuries to his face and both eyes, after suffering a domestic accident that kept him hospitalized until noon this Friday. According to his manager Alex Bornote, Rigondeaux was cooking in his Miami home on Friday night when a pressure cooker exploded in his face and affected his vision considerably, to the point that he is considered to only have a 20 percent of it, putting his future as a boxer on hold. ‘It really is an unfortunate thing,’ Bornote said. ‘When the pot exploded and we saw how Rigandeaux was left, we thought the worst, because his face and eyes looked very bad as a result of the impact of the explosion. But we hope that he will recover.’

”According to the manager, Rigondeaux will undergo several tests on his eyes to determine the depth of the injury, but initially they believe that only the retina was affected and, if confirmed, the tissue would regenerate on its own with the full recovery of the vision. But if something more complicated is detected in the optic nerve or beyond the retina, Rigondeaux will require an operation and then the prognosis for his vision would be more reserved, so the tests in the next few hours will be vital for the double champion Olympic. ‘In any case, this is a serious blow for Rigondeaux, because we were already working on a next fight,’ added Bornote. “The important thing now is that he recovers his vision completely and later we will make a determination about his future.”

Right after his accident, he posted the following to Instagram:

“Throughout my life I have gone through very difficult moments, but this month I overcome everything… Once again God has given me a battle but I trust that as many times I will be victorious.”

Rigondeaux may still recover. But it certainly looks like he’s got a lot of healing to do. 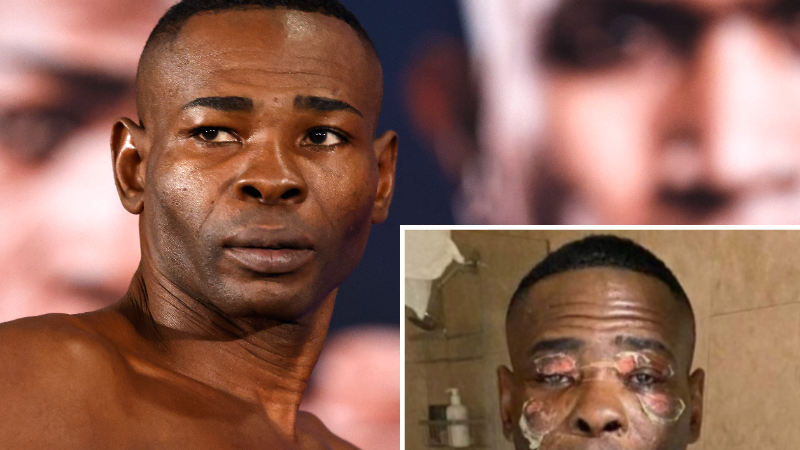