During his London news conference to promote his upcoming fight against Conor McGregor on Friday, boxer Floyd Mayweather took their name-calling jabs to another level when he called his rival a homophobic slur.

The fighters were wrapping up the conference when Mayweather grabbed the microphone and started hurling insults at McGregor by calling him a “punk, f****t, ho.”

RELATED: Floyd Mayweather was asked about Colin Kaepernick and his response will have some people cheering

McGregor, who was accused of making racist comments towards Mayweather on Tuesday when he told Mayweather to “Dance for me, boy,” didn’t give his future opponent a reaction. When asked about the incident, Mayweather responded by saying, “I don’t worry about that.”

Now, it seems it’s his turn to take some heat for his controversial comment. 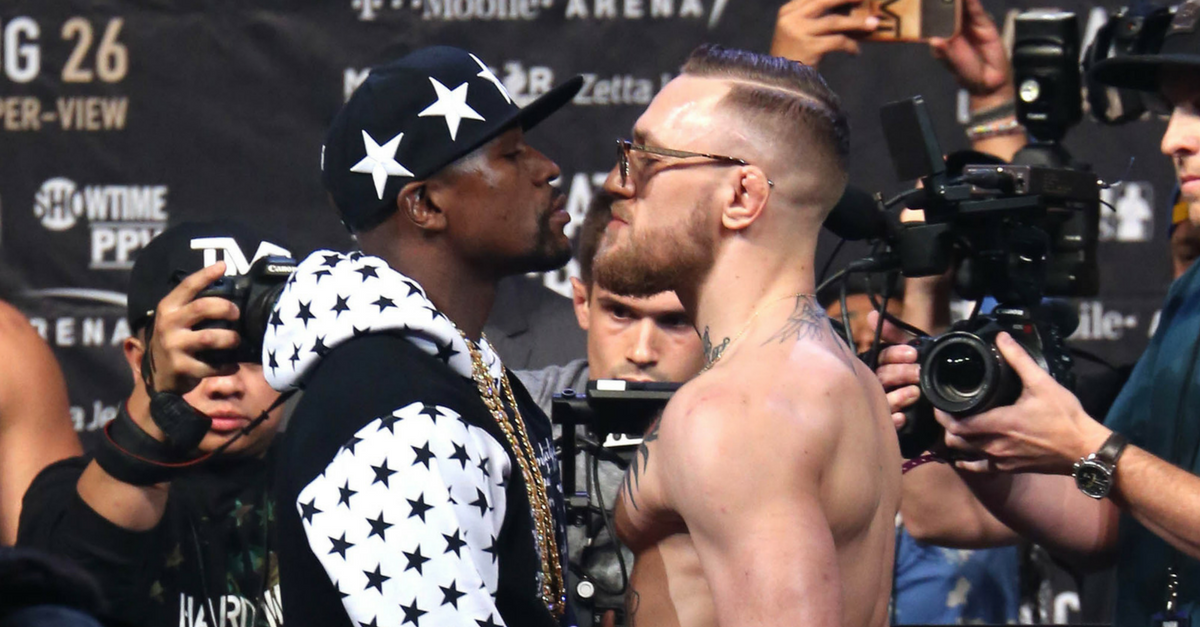