Blood alcohol tests will be permitted as evidence in the case of ex-Las Vegas Raiders receiver Henry Ruggs III, a Las Vegas judge has ruled.

Ruggs is accused of driving drunk at 156 mph and being responsible for a crash that killed Tina Tintor and her dog in November. He refused to take a sobriety test at the site of the crash, a police report stated.

“There’s obvious time constraints in applying for a search warrant for a blood draw,” Justice of the Peace Ann Zimmerman said. “Under the totality of the circumstances, there is more than sufficient evidence for a finding of probable cause for the issuance of the search warrant in this case.

“Nobody has mentioned so far that Mr. Ruggs was seriously injured in this accident and transported to the hospital, so he would have been unable to submit to field sobriety tests. Coupled with his refusal to answer questions, this does not result in a reward. … Motion to suppress is denied.”

Ruggs has been charged with multiple felonies. The list includes a driving under the influence resulting in death and reckless driving. His blood alcohol content was twice Nevada’s legal limit at 0.16, authorities said.

“Authorities say that Ruggs was speeding west of The Strip when his Corvette Stingray hit Tintor’s Toyota RAV4, propelling the Toyota 571 feet and setting it on fire,” ESPN reported. “A coroner ruled in December that Tintor and her dog, Max, burned to death.”

Ruggs’ attorney, David Chesnoff, previously argued there was no probable cause for the alcohol tests, reportedly taken about two hours after the crash.

If convicted, Ruggs, 23, faces a minimum of two years and up to 50 years in prison.

The No. 12 pick in the 2020 NFL Draft out of Alabama, Ruggs appeared in seven games last season, catching two touchdown passes. 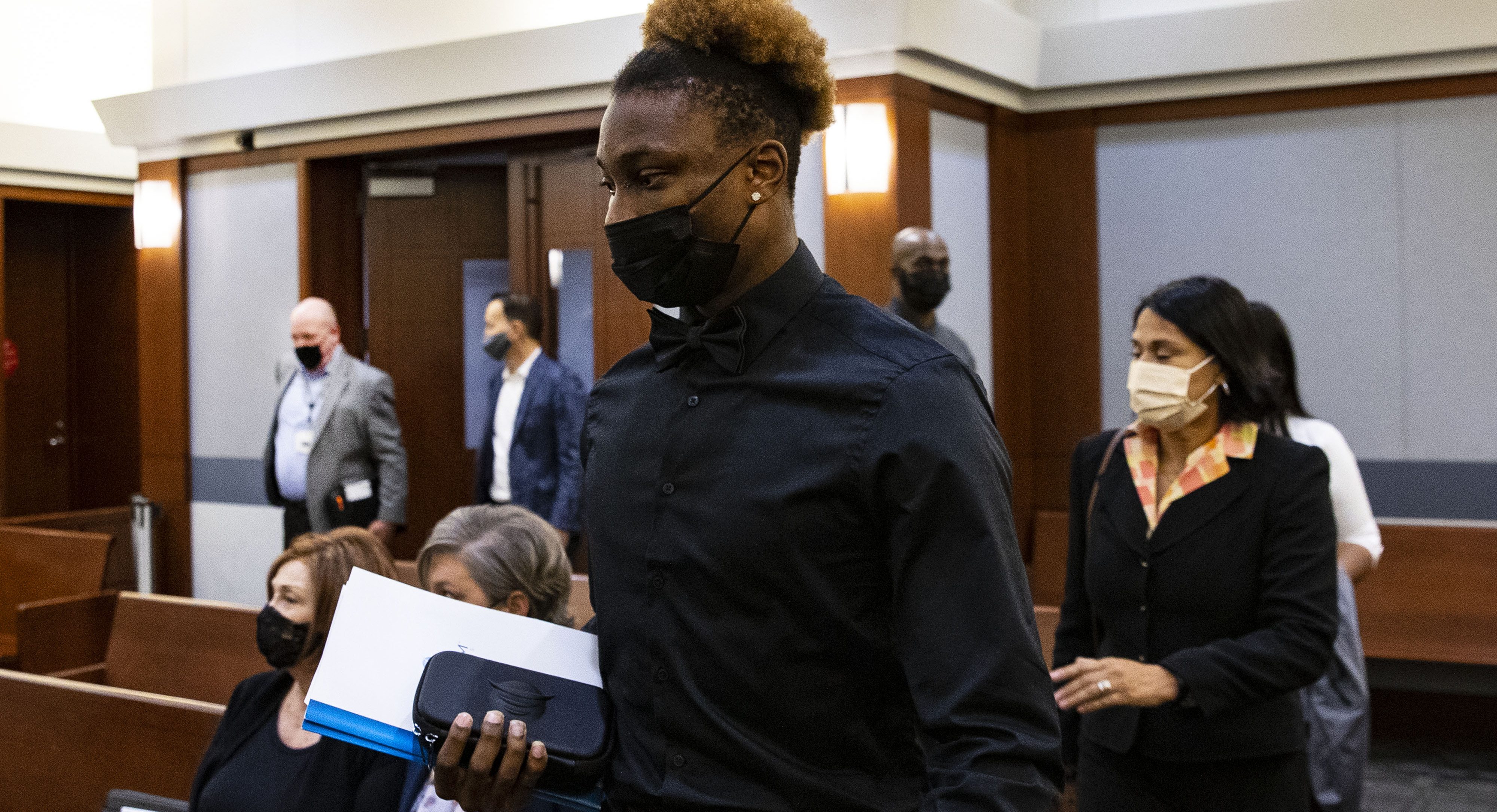