Nothing screams fandom like lifting up your shirt to celebrate. It’s just that when you’re a female … well, it may be considered a little over the top.

But one fan of Mexican soccer club Tigres UANL didn’t care. Her team scored the only goal needed to beat CF Pachuca in a league championship match. So she lifted up her shirt to celebrate — and show the world just how big she really is. Or, uh, how big of a fan she really is.

Yes, she revealed her bare breasts. In this age of social media and things going viral, well, that is one way to get your 15 minutes of fame.

The New York Post described the scene this way:

“The Tigres, who were the home team, had been awarded a penalty kick to break a tie in the final minutes of the second half. Fortunately, they ended up scoring the goal and winning the game, whereupon the crowd went wild — in more ways than one.”

So, fantasy football, anyone? This woman just might have redefined it.

But at least this time, it seems, everyone went home happy, perhaps even fans of the losing team. That’s not always the case.

Back in January, one woman flashed the crowd at a Supercross event and was confronted by another woman — leading to massive brawl.

The bare-breasted soccer fan, however, created no such fuss. This time, no one else called her a boob. She just showed the world she already was one. Or two, as the case may be. 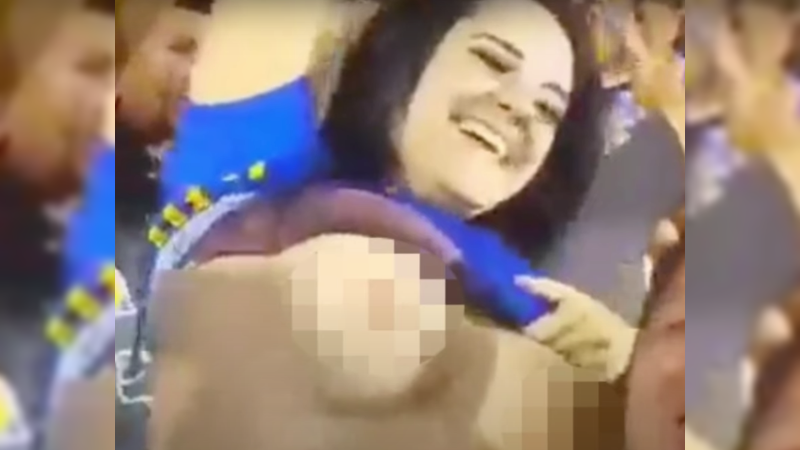