University of Tennessee defensive back Garrett Johnson committed a selfless act (and probably an NCAA violation, because everything is an NCAA violation) when he gave a local Knoxville homeless man a new pair of tennis shoes after finding out that the man’s current shoes hurt his feet so badly that he couldn’t walk.

According to a tweet from Johnson, the homeless man, known as Lala, complained that he couldn’t walk because of how badly the shoes he was wearing had hurt his feet. Johnson, living up to his school’s Volunteer mascot and then some, told the man to wait there on the bench and that he’d be back in 15 minutes with a new pair of shoes for him. And that he did.

I walked to the strip to get food and a homeless man (Lala) couldn’t walk because his feet were hurting from the torn shoes he had on. I told him I would come back and 15 mins later I did. Don’t know those people but I do care. Love. #GBO pic.twitter.com/STDaiXiUkX

If you needed a piece of uplifting news today, it’s hard to think of a better one than this. Just two human beings interacting in a beautiful, kind way. Also, the shoes he gave the homeless man weren’t Nikes — or orange or white — which means they (probably) weren’t even shoes that Johnson got for free because he’s on the football team. The Vol gave his own personal shoes to this homeless man who he didn’t even know.

I hope Johnson has a thousand interceptions this season.

Watch: SEC Football Traditions Are Unlike Any Other, And These are the Best 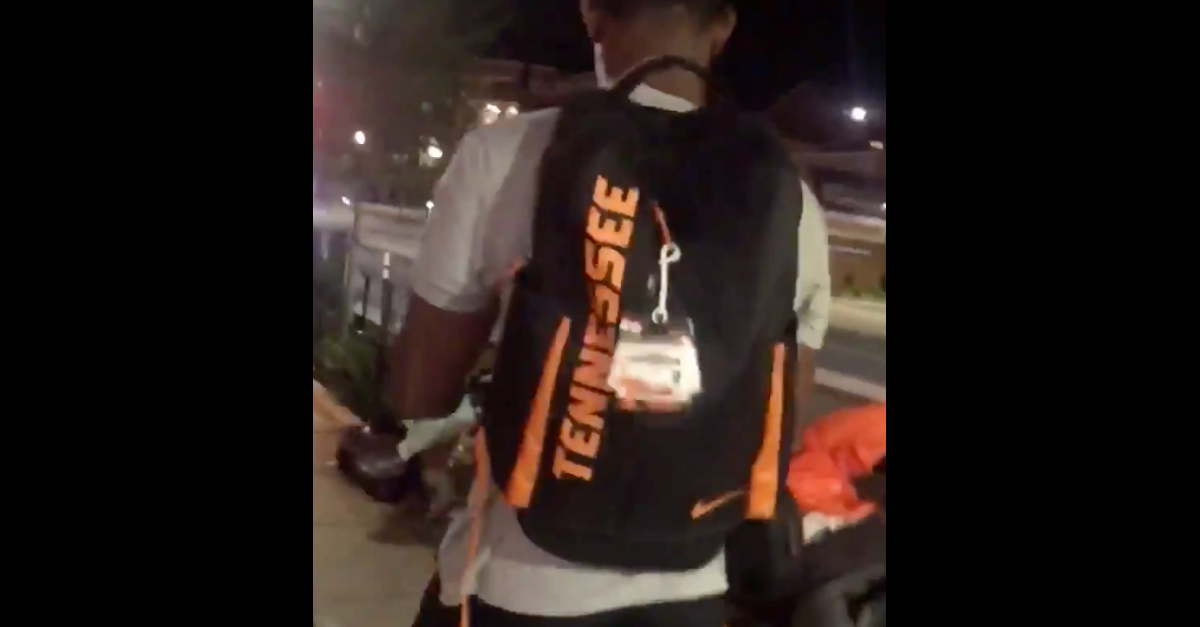