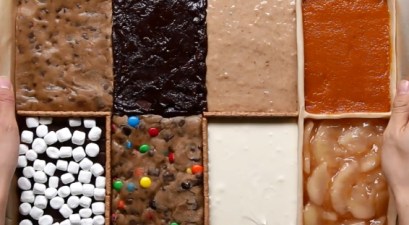 8 Desserts Are Better Than Only 1, But How About 1 Pan With 8 Desserts? 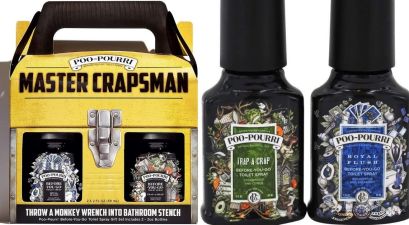 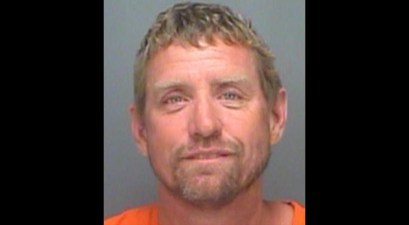 Investigators say a 27-year-old Houston man is accused of decapitating his mother and wounding his father in a stabbing attack.

By JUAN A. LOZANO, Associated Press

HOUSTON (AP) — A Houston man who authorities say had repeatedly assaulted his mother remained in jail Monday after prosecutors allege he decapitated her and inflicted several nonfatal stab wounds on his father at their home, where he was barred from being.

Kyriakos Savvas Georghiou’s mother had a protective order in place and he wasn’t supposed to be at the parents’ house, prosecutors said. He had been accused of punching the 76-year-old woman in the face in April.

His attorney, Jeffrey Wilner, said Georghiou’s parents posted his $10,000 bail in the assault case last month and were getting him mental health treatment at a facility in Houston. Georghiou had been in jail since June for the alleged assault.

RELATED: He was too heavy to carry, so a Baytown woman dismembered her boyfriend with a machete

“The mother loved him. His dad loved him. … I’m just in shock,” Wilner said Monday, adding that he “would have called the police and told his dad not to bond him out” if he had any idea that Georghiou would be a danger to his family.

When Costas Georghiou tried to protect his wife, he was stabbed several times in the face and chest, Cloud said.

Kyriakos Georghiou left his parents’ home and his father went to get help. But Georghiou came back with a second knife while the father was away, the prosecutor said.

“He continues to stab his mother to the point where he kills her and her head is severed from her body,” Cloud said.

Georghiou’s father was hospitalized in critical condition after the attack. His condition has been upgraded to fair, hospital officials said Monday.

Georghiou is being held without bond on charges of murder and aggravated assault on a family member. He has a court appearance scheduled for Thursday.

At the time of the stabbing attack, Georghiou’s bond had been revoked by a judge after he missed a court hearing last week in the assault case in which he faced a charge of injury to an elderly individual for allegedly punching his mother inside his car in April and knocking out one of her front teeth.

It was the second time that Georghiou had been arrested for an assault on his mother. In 2014, he was sentenced to three years in state prison after pleading guilty to a charge of injury to an elderly individual for punching his mother, leaving her with broken teeth and a swollen left eye. He also had prior arrests for drug possession and aggravated robbery.

Wilner said Georghiou “loved his mother” and that his parents had struggled for years to get him help for his mental health issues.

“They tried everything they could for him,” the attorney said.

Georghiou’s parents bailed him out of jail on Sept. 6.

“I thought everything was OK when he bonded out,” Wilner said.

Cloud said investigators are still determining a motive for the stabbing attack.

Although Georghiou’s parents posted his bail, Jane Georghiou had a protective order in place that barred him from the mother and father’s home.

“Obviously we can’t be with every victim throughout the day or night or when they are having interactions with family members or loved ones,” Cloud said. “We don’t have a crystal ball.”

Georghiou’s behavior was a “consistent pattern for him and the violence escalated,” the prosecutor said.

RELATED: Drivers who fired fourteen rounds of gunfire in a west Houston neighborhood put it on Snapchat