After they fled from war, this Chicago family is now helping other refugees find their place 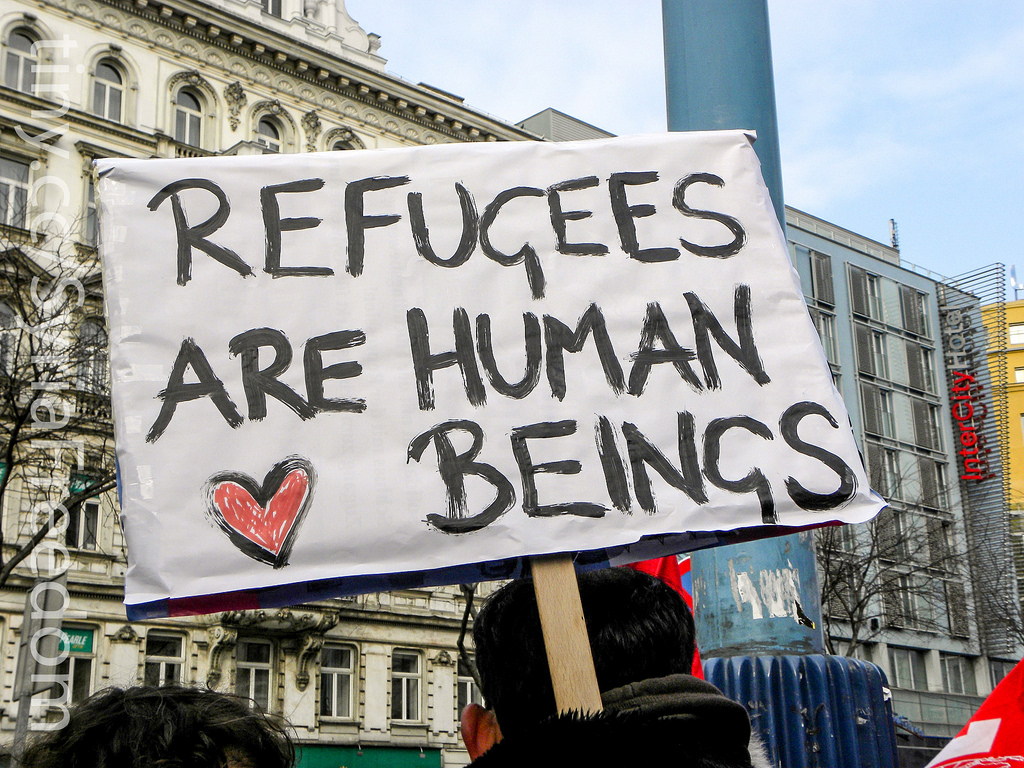 In an exclusive interview with The Chicago Tribune, we got to know the brave story of Ahlam Al-Jebory. The moment when she finally felt free was not after kidnappers released her in Baghdad or when she walked out of a Syrian prison.

That feeling came when she walked through the doorway of an Edgewater internet cafe.

It was October 2008 when she had just arrived in Chicago, and she wanted to tell family members she?d landed safely. But the fear she suffered all those years kept her from the phone. Instead, she just hung tight to her two kid’s hands.

?I was holding their hands very tightly, very strong,? she said. ?I still feel it in my hands.?

Immediately when she walked in, a man in the cafe, seemed to understand what she was going through. He told her, ?Release your kids. They are safe now.?

Al-Jebory, 52, and her children have now experienced one of many small kindnesses from strangers. 10 years later, the kids now grown, say that cafe helped make the Chicago area their home.

Because she received so much when she got here, Al-Jebory offers other refugees the same kindness.

“When we arrived, we felt it, we touched it,? she said, ?the kindness and the generosity of the American community.?

In her very own gentle tone, she listed a timeline of events that would break the spirits of most. Nine years later, she focuses on the present ? sitting in her living room, with her son and daughter nearby, safe. They are in college; she is employed.

Her daughter, Roqayah Mohammed’s memory goes as far back as growing up near Baghdad with memories typical of childhood ? playing with cousins, brushing a doll?s hair. She even took the title for being the first girl in the neighborhood to ride a bike.

She was only 5 years old when the U.S. invaded Iraq in 2003. She recalls seeing her very first helicopter and tanks on the streets. She and her brother, Abdullah Mohammed, remember waving.

?That was our first time seeing helicopters,? he said.

During the time of the invasion, Al-Jebory had a job as a translator for international journalists. But her superiors doubted her loyalty, they suspected of working for military troops, she was kidnapped in 2005.

The ransom was about the same as $8,000. Her family paid up, and she was released after eight days. After suffering such a scare, upon reuniting herself with her loved ones – they fled. She had to all of the sudden leave her life behind…

?That was when the real shock came,? she said. ?That?s the part we weren?t ready for.?

They chose to apply for refugee status in Damascus, Syria, they hoped to begin a new life. A year passed since they arrived in Syria, and the unexpected happened. Roqayah and Abdullah?s 12-year-old brother, Anas, unexpectedly died after an accidental overdose of medication.

In 2008, Al-Jebory was again working as a translator. Syrian troops took advantage and asked her to spy on the people she had been translating for. Al-Jebory refused and was imprisoned for five months.

Her experience was chronicled by journalist Deborah Campbell in the book ?A Disappearance in Damascus: A Story of Friendship and Survival in the Shadow of War,? in which the author describes meeting Al-Jebory and frantically searching for her after she disappeared.

Al-Jebory couldn’t believe it when guards announced her release. Free from the hands of terror, the family fled again. She and her children traveled through Budapest, Hungary, and New York City to get to Chicago.

In the fall of 2008, they touched foot in the Windy City. They came with summer clothes, unequipped for the city?s chill. Roqayah and Abdullah spoke no English. They were one of nearly 12,000 refugees who arrived in Chicago since 2007, including 7,800 from Iraq and 1,116 from Syria.

All these families had one thing in common- they had all gone through incredibly traumatic experiences and had little to recover. Uncertain futures, but the promise of freedom was what got them through those tough first days.

President Donald Trump’s administration changed these rules, limiting immigration from these countries, lowering the number of refugees allowed into the United States and moving to restrict arrivals from countries including Iraq and Syria.

After Al-Jebory arrived with her two children, adjustment obstacles arrived big and small. The children entered elementary school after the start of the school year. Their mother worried about securing an income, finding furniture. Halloween arrived a few days after they arrived, perplexing the family with garish costumes. Al-Jebory remembers her first time in the grocery store, perplexed at what ?organic? meant.

Heartland Alliance, which provides resettlement help and cultural orientation for refugees, assisted with their acclimation. But of course, so did her cafe friends.

The next year, their new friends found the kids Halloween costumes. Later, they tutored Roqayah for the ACT and suggested a move to Evanston when Abdullah was bullied at school.

Nowadays Al-Jebory works as a caseworker for the Islamic Circle of North America, they help refugees and provides family counseling and emergency financial support.

?I know what kind of suffering they have,? she said.

Roqayah, 19-years-old, is enrolled in a pre-med program at the University of Illinois at Urbana-Champaign. Abdullah, 21, is considering a career in computer science or pharmacy and lives in Rogers Park with his father.

Much like her mother, Roqayah translates for refugees when she is home. She also speaks to children and on panels. In September, she spoke about her experience at the Chicago Council on Global Affairs? Empowerment for Global Good conference.

?I feel like when I tell people (my story), they?re amazed,? Roqayah said. ?But there is someone who?s going through the same thing right now. And some people are going through worse.?

Her mother, she said, has inspired her to dedicate her career to others. Eventually, she hopes to use her medical degree in a program like Doctors Without Borders.