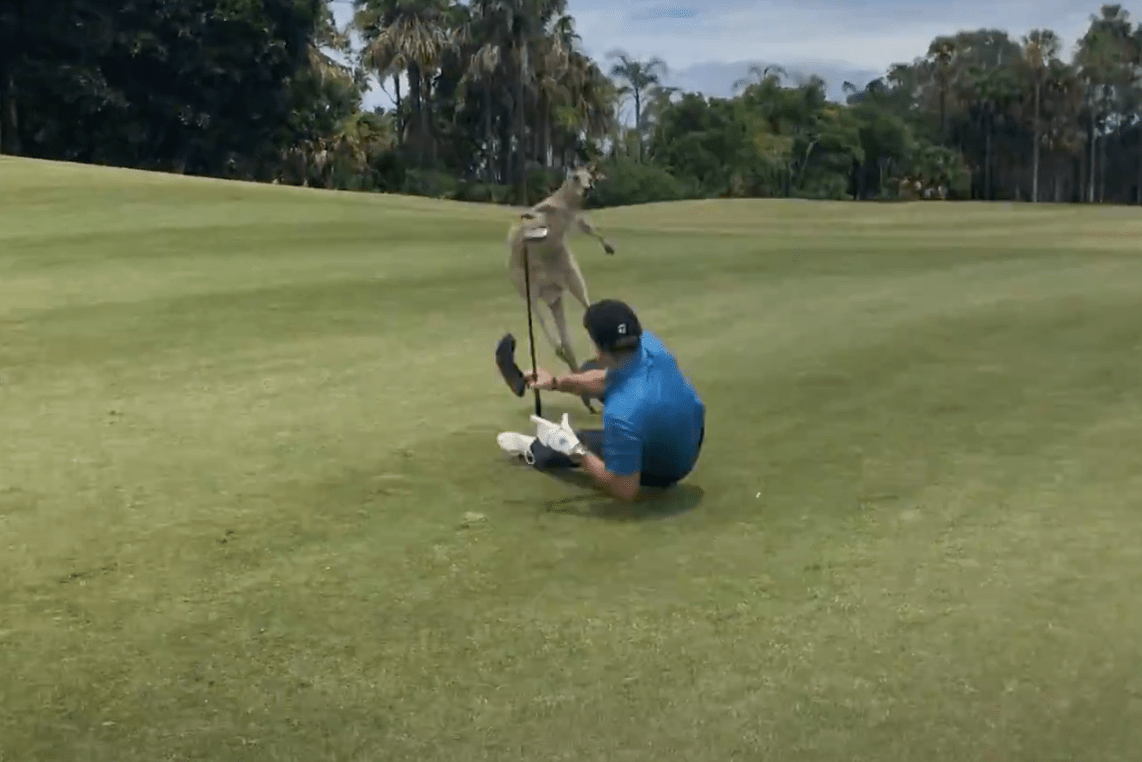 A golfer in Australia had a good walk spoiled though it wasn’t because he couldn’t break 90. It was because a kangaroo was trying to break him.

That’s one mean marsupial. The story here is pretty simple. A group of Australians were out on a golf course down under when a kangaroo came upon their game and got real territorial, real fast. According to some commenters, this isn’t out of the ordinary. When people get near kangaroos can get anxious and, thus, defensive. The guy tried to fight the kangaroo off with his golf club but he was also pretty obviously trying not to hurt the animal. He could’ve taken a real swing if he wanted to.

A golfer came under attack in Australia today from a fired up kangaroo in the middle of the fairway in an unprovoked attack. The kangaroo came racing across the fairway and started attacking the golfer immediately in a surprise attack. The quick actions of the second golf cart charging at it forced it to retreat and more serious injuries avoided. The kangaroo skipped off okay and was monitored by ground staff

The video went viral on social media the first time it made the rounds and it’s easy to see why. This is wild. Most Americans see one of these animals and they’re like, “Aww look at the little Roo.”

Kangaroos are not to be messed with because they will end you. If you see an alligator on a golf course in Florida chances are that thing is going to lay in the sun and leave you alone unless you literally go hop in its pond or put your head in its mouth. Even a cougar will most likely just want you to leave.

An aggressive kangaroo, however, will search and destroy.