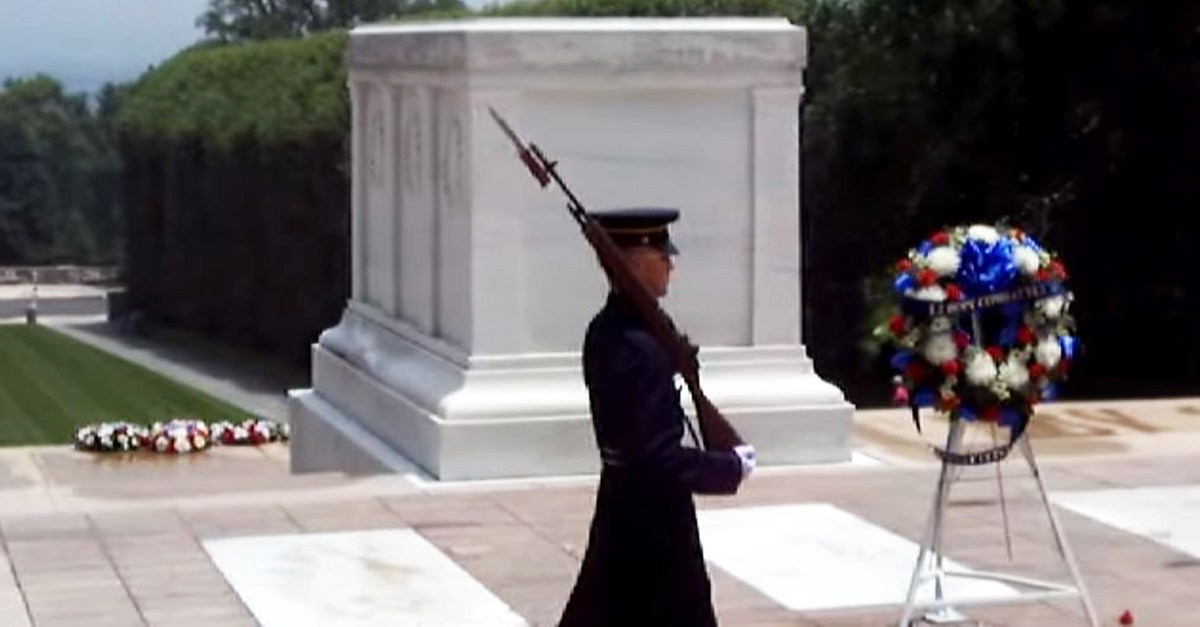 The Tomb of the Unknown Soldier in Arlington National Cemetery stands atop a hill overlooking Washington, D.C.

“Here rests in honored glory an American soldier known but to God,” reads the back of the white marble sarcophagus.

The Tomb is formally known as a resting ground for unidentified soldiers who served in World War I, World War II, the Korean War and the Vietnam War. Since opening in 1921, the monument has become a solemn, sacred place to pay tribute to fallen American heroes.

RELATED: As the Nation’s Capital retreats early for snow, one hallowed place isn’t being abandoned

The soldiers who guard the Tomb complete a rigorous training process. Visitors and tourists from across the globe visit Arlington each year to watch the guards stand and change their watch, as the Tomb is closely guarded 24 hours a day, 365 days each year.

Despite the crucial purpose behind The Tomb of the Unknown Soldier, some audiences still enter forgetfully and with disrespect.

“It is requested that everyone maintain an atmosphere of silence and respect at all times!” yelled a soldier.

The audience disruptive behavior caused him to lash out in anger, demanding respect and dignity.

Shocked by his strong tone, the crowd was immediately silenced. The guard then resumed his march.