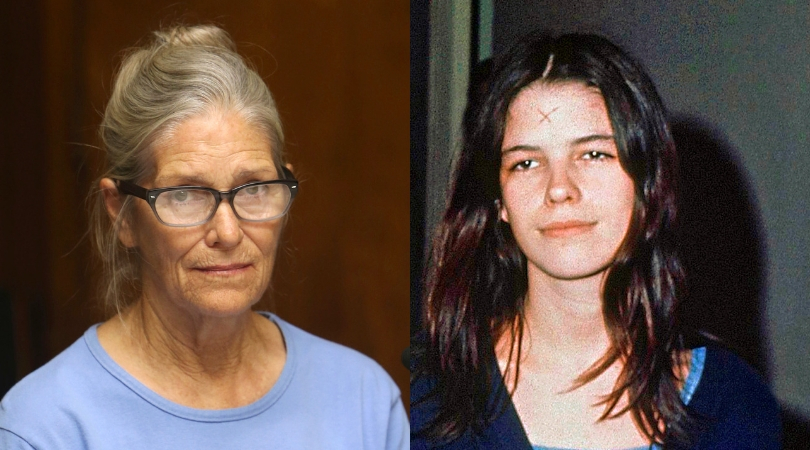 CHINO, Calif. (AP) — The youngest of cult leader Charles Manson’s murderous followers will again ask a state panel to recommend her for parole. Leslie Van Houten, 69 and serving a life term, is scheduled for a parole hearing Wednesday at the California Institute for Women. She was twice recommended for parole by a state panel, the last time in 2017, and her lawyer expects a similar decision this time.

“It is very unlikely that she would be denied parole,” Rich Pfeiffer said. Van Houten has been a model inmate, earned a master’s degree in counseling and mentored inmates. If she gets a parole recommendation, it will be Gov. Gavin Newsom’s first chance to decide on her freedom. His predecessor, Jerry Brown, twice blocked Van Houten’s release, saying she still laid too much blame on Manson for the 1969 stabbing deaths of wealthy grocer Leno LaBianca and his wife Rosemary.

Van Houten, then 19, was among those who murdered the couple a day after other Manson followers killed pregnant actress Sharon Tate and four others in Los Angeles. In his decision last January, Brown acknowledged Van Houten’s youth at the time of the crime, more than four decades of good behavior as a prisoner and her abuse at the hands of Manson.

“However,” he wrote, “these factors are outweighed by negative factors that demonstrate she remains unsuitable for parole.” Debra Tate, sister of the murdered actress, will attend Wednesday’s hearing and opposes Van Houten’s release. She believes Van Houten remains a danger.

“The profile of any of these individuals in a free society is totally different from them in a controlled environment,” Tate said. “When the pressures of regular life and a free society take place, that is when it is likely to recur.” At her last hearing, Van Houten described a troubled childhood. She said she was devastated when her parents divorced when she was 14.

Soon after, she said, she began hanging out with her school’s outcast crowd and using drugs. When she was 17, she and her boyfriend ran away to San Francisco’s Haight-Ashbury District during the city’s Summer of Love. She was traveling up and down the California coast when acquaintances led her to Manson. He was holed up at an abandoned movie ranch on the outskirts of Los Angeles where he had recruited what he called a “family” to survive what he insisted would be a race war he would launch by committing a series of random, horrifying murders.

Van Houten said she joined several other members of the group in killing the LaBiancas, carving up Leno LaBianca’s body and smearing the couple’s blood on the walls.

No one who took part in the Tate-LaBianca murders has been released from prison. Manson died in 2017 of natural causes at a California hospital while serving a life sentence. Earlier this month, a California parole panel recommended for the first time that Manson follower Robert Beausoleil be freed. Beausoleil was convicted of killing musician Gary Hinman.