A man in Lattimore, N.C. was recently able to help his 88-year-old friend when a six-foot-long snake was caught in the man’s toilet.

RELATED: After an epic showdown, a reptile wrangler captured one the world’s most dangerous snakes

In an amazing video, Greene wrangled an extremely huge snake out of the toilet, which he called “one of the biggest he’s ever captured at his neighbor’s home.”

RELATED: Watch a giant python puke up a partially digested duck and chicken

“Well look how big he is Mike,” the neighbor can be heard saying in the video. “Golly, I told you he was big”

Due to a mild winter, bugs and other types of snake food are on the rise, meaning there are more snakes doing just this kind of terrifying thing. 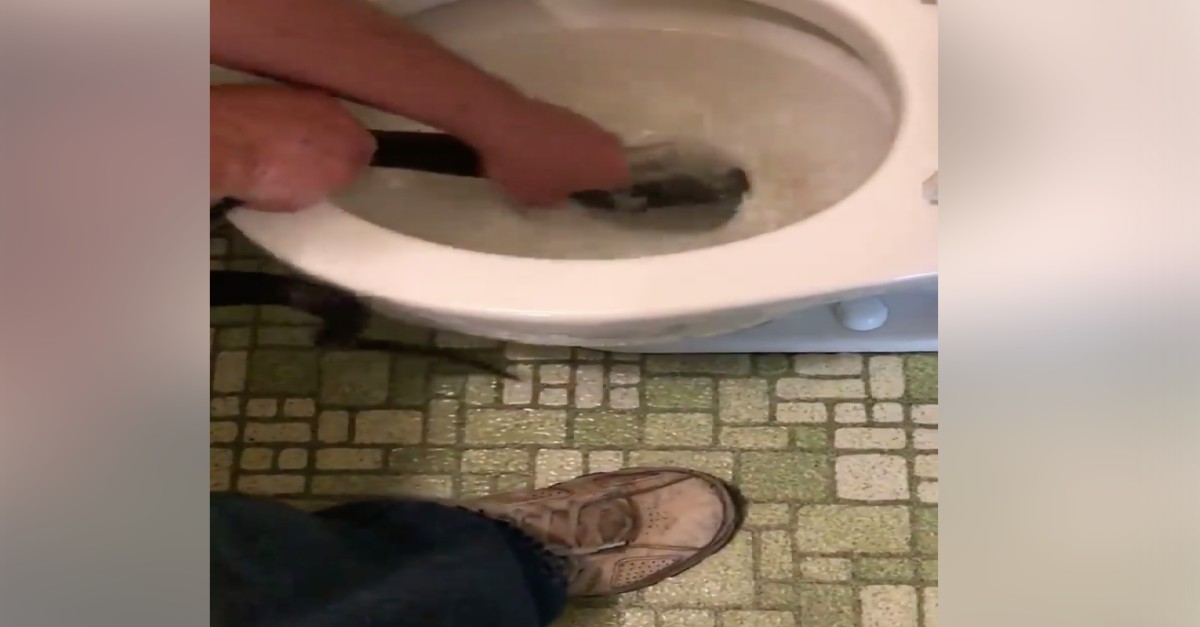