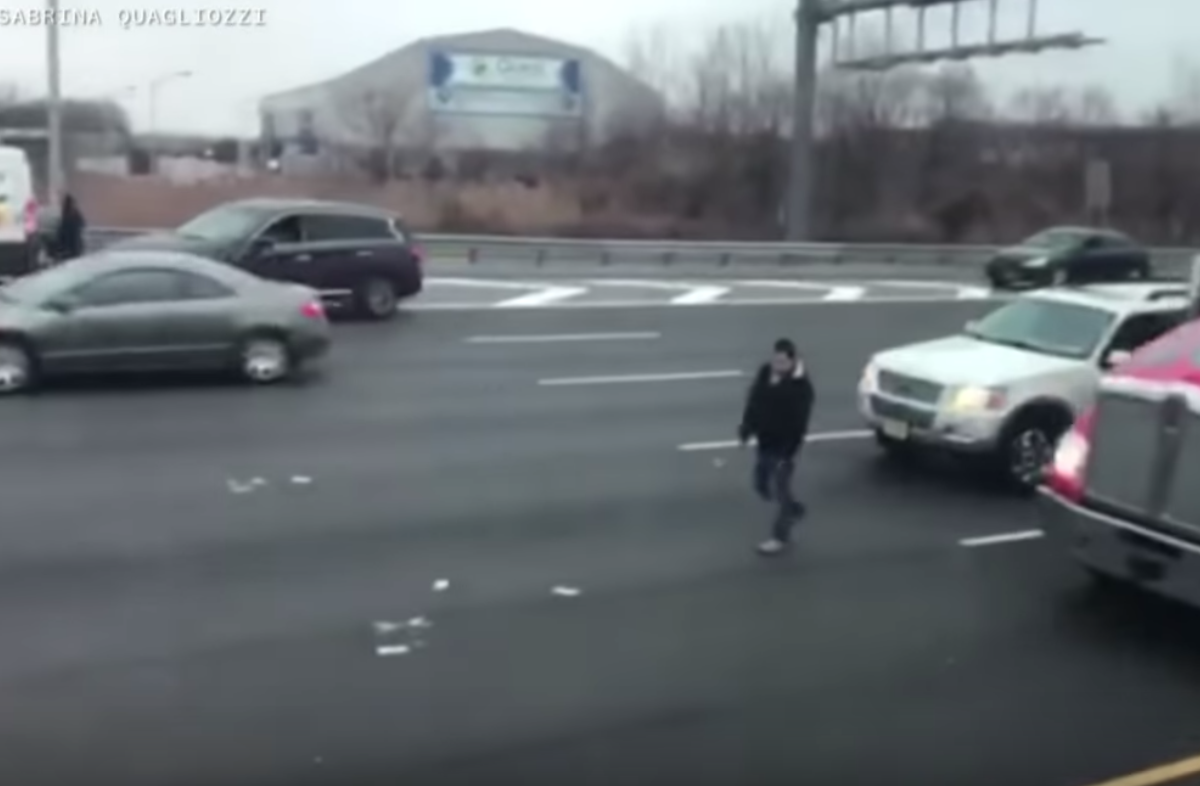 An armored truck spilled cash on a New Jersey highway Thursday, leading to two crashes as drivers “went a little bit crazy,” stopping their cars and scrambling to grab the swirling money.

The frenzy happened during morning rush hour in East Rutherford, near MetLife Stadium, where the New York Giants and New York Jets play.

In online videos, a man in uniform is seen running through traffic trying to collect money, while others exited their cars to do the same.

“People went a little bit crazy when they saw the money,” said Danielle Shah, 29, of Bloomfield, New Jersey, who witnessed the incident from a bus she was riding into New York. “I mean, it seemed like the people who got out of the car ? they just didn’t care. They parked their cars in the middle of the highway.”

A Brink’s truck idled in the right shoulder with its lights flashing as the bills blew around the highway. One video showed the bashed-in front end of a sedan as traffic crawled through the blizzard of bills.

Police said the chaos led to two crashes, though it’s unclear whether anyone was injured.

Police Capt. Phil Taormina said it appeared that the armored vehicle had an issue with the lock on one of its doors.

In a statement, Brink’s confirmed the truck belonged to the company and said an investigation is under way, but declined further comment.

Police said they don’t know how much money spilled.

They later said that people could arrange to return any collected cash without facing charges. They said some people reached out to them about giving back the money and urged them to do so.

These kinds of spills have happened before.

In May, a Brink’s truck spilled hundreds of thousands of dollars on an Indianapolis interstate when its back doors swung open. A similar incident unfolded in Maryland in 2012, though only about $6,000 spilled out then.

Watch: Where To Travel When Money Isn’t An Issue