Nina Simone’s ‘I Ain’t Got No, I Got Life’ Sampled For One A Day Commercial 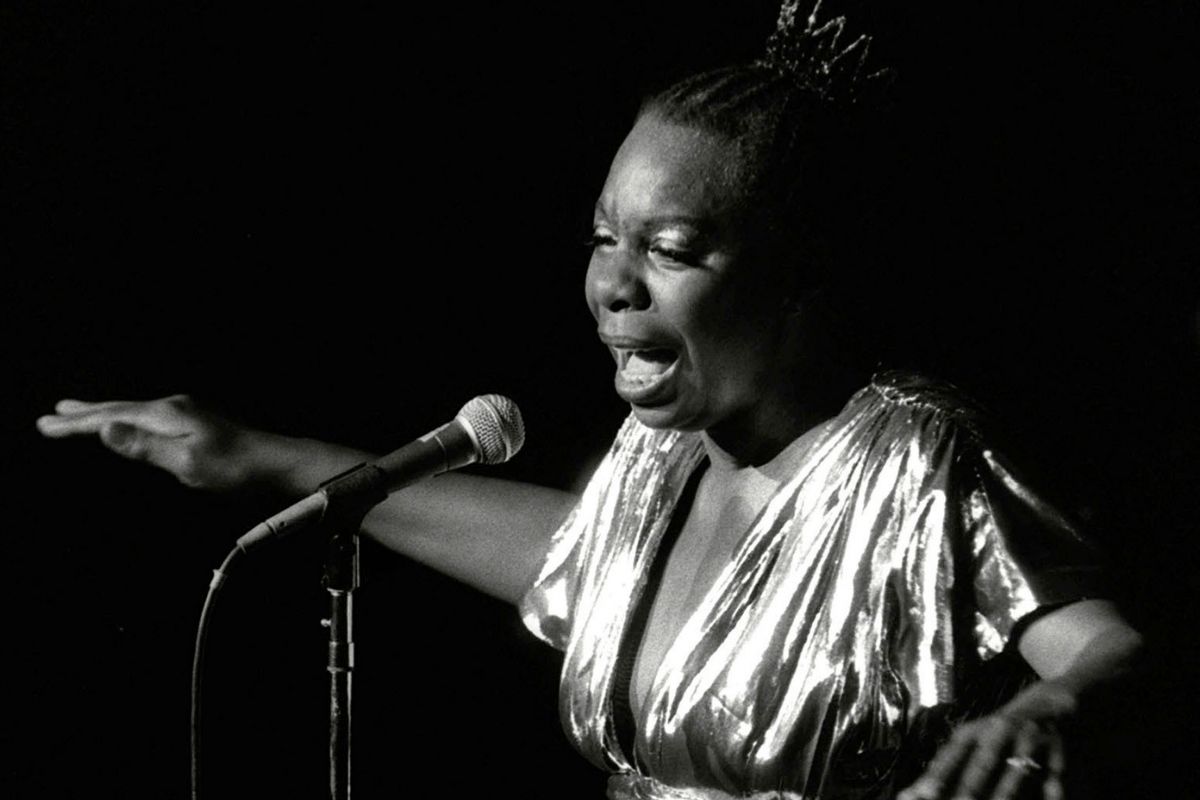 If like me, you still prefer television over streaming services, then no doubt you’ve heard the recent commercial for One-a-day One Body multi-vitamin. The ad looks like standard cable fare: an energetic, musical montage of happy, healthy people. Their apparent secret? One-a-day, and its 100% daily value of essential nutrients. (Watch it here.) But the 15-second promo peaks viewer interest by employing the distinct voice of Nina Simone, which carries such a rich clarity. The song, an edited version of Simone’s “Ain’t Got No, I Got Life,” seems to perfectly encapsulate the world of One-a-Day, its lyrics enumerating body parts against a catchy, feel-good tune. But, true to Simone’s pioneering spirit, the story behind “Ain’t Got No, I Got Life” carries a much more complex history.

The Life of Nina Simone

Nina Simone was an African-American singer, songwriter, and civil rights, activist. Born Eunice Kathleen Waymon, she grew up poor in North Carolina with dreams become a concert pianist; she eventually left her hometown to start at the esteemed Juilliard School of Music. While living in New York, Simone made money playing “cocktail piano” at nightclubs in Atlantic City. When Simone was told that she had to sing to her own accompaniment, her career as a jazz vocalist was born. She created the stage name, Nina Simone.

In 1958, Nina Simone recorded George Gershwin’s “I Loves You, Porgy” which was followed by her debut album, Little Girl Blue. This was a critical success — even though Simone, after signing her rights away, lost more than $1 million in royalties. Through the early 60s, Simone became a popular performer in Greenwich Village. In 1964, Simone released “Don’t Let Me Be Misunderstood” (covered so famously by The Animals) and “Mississippi Goddam.” The latter was her furious response to both the 1963 murder of Medgar Evers and the deadly 1963 Birmingham church bombing. This marked the first time Simone publicly addressed American racism, she even called “Mississippi Goddamn” her “first civil rights song.” But it was far from her last. Impassioned calls for change began to define Simone’s performances.

Nina Simone’s enduring (and slightly more mainstream) album I Put a Spell on You became world-renowned in 1965, including such hits as “I Put a Spell on You” and “Feeling Good.” Working with RCA Victor two years later, Simone sang “Backlash Blues,” which was written by her friend, the famed poet Langston Hughes. The same year, she recorded “I Wish I Knew How It Would Feel to Be Free” and, in 1968, ‘Nuff Said!: a live album compiled three days after the assassination of Martin Luther King Jr. But in 1970, Simone left the United States for Barbados complaining that the industry would never support her controversial music. Following this decision, Simone’s marriage to her husband and manager, Andrew Stroud, fell apart. The decade that followed was marred by financial troubles, mental health struggles, and alcoholism as Simone bounced around between Europe, Africa, and the U.S.

In 1993, Nina Simone settled near the South of France and released her final album, A Single Woman. She died in her sleep on April 21, 2003, after years of having breast cancer. Her ashes were scattered across different African countries. She is survived by her daughter, the actress and singer Lisa Celeste Stroud.

Nina Simone’s 1968 single “Ain’t Got No, I Got Life” appeared on her album ‘Nuff Said. It is actually a medley of two songs from the rock musical Hair: “Ain’t Got No” and “I Got Life” (Both songs have lyrics by James Rado and Gerome Ragni with music by Galt MacDermot.) Simone spliced these two songs together, and rearranged them into a “wholly original… new black anthem,” according to Yale musicologist Daphne Brooks. Like Simone’s earlier songs, “Mississippi Goddam” and “Four Women,” “Ain’t Got No, I Got Life” was meant to become representative of racial protest. But its scope was large. The first half of the song — “Ain’t Got No” — is a direct and acknowledgement of disenfranchisement, a lamentation for having no family or worldly possessions. It’s characteristically mournful.

After a brief transition, “Ain’t Got No” is immediately re-contextualized by the joyously self-affirming “I Got Life.” The physical fixation of “I Got Life” — Simone lists literal body — goes beyond calling out the social and material constructs of racism, to highlight the resilience of the black body. But the powerful verses in the second half of “Ain’t Got No, I Got Life” disprove the ultimate displacement intended by the first.

Got life, I got my life”

“Ain’t Got No, I Got Life” peaked at #2 in the UK, #1 in the Netherlands, and charted on the Billboard Hot 100 at #94. Simone’s popularity among younger listeners surged as a result. Despite Simone’s clearly radical intentions, the bubbly “I Got Life” verses have become somewhat universal. As you can probably guess, it’s those later lines which appear in the new One-a-Day commercial. And that’s not the first time the sound of Nina Simone has been co-opted to sell things. In 2017, Ford used “I Wish I Knew How It Would Feel to Be Free” in their Super Bowl commercial. The move was met with harsh criticism, for placing this dire civil rights anthem into a laughably corporate context. (The ad featured people stuck in traffic, set charged lyrics like “I wish I could break all the chains holding me.”

Check out the documentary What Happened, Miss Simone? on Netflix to learn more about this historic and misunderstood musician.