The stars we see in the sky have likely been there for billions of years and they’ll probably be there for billions of years after us. Have you ever wondered how those tiny pinpricks in the sky got there? Our resident genius, 5-year-old Anson Wong, can explain exactly how they’re formed and how they die. He explained that all stars undergo the same basic set of steps.

A nebula is the birthplace of a star, where a cloud of gas and dust float through space. As these star ingredients swirl around, it begins to collapse under its own gravitational attraction. This causes the center to heat up, eventually becoming a star.

Some nebulae become average stars after the gasses begin collapsing in. Perhaps the most famous average star in the whole galaxy is our very own sun. It’s considered to be a relatively small star. The sun is estimated to be about 4.5 billion years old. As it continues to age, it will continue to get bigger and bigger until it eventually extinguishes. But don’t worry — we still have a few billion years until that happens!

Average stars eventually became red giants. This happens when the fuel inside the star runs out, causing nuclear reactions to start moving outwards, away from the core. As the reactions cool, it forms what looks like a red outer shell, which is where its name comes from.

Massive stars age to become red supergiants, the largest stars by volume in the universe. Their temperature is much cooler than our sun.

A red giant eventually turns into a planetary nebula, which is a glowing shell of hot gas.

Red supergiants become supernovae. A supernova is an explosion of a massive star. The explosion is very bright for a brief time, sometimes as bright as an entire galaxy! But in a matter of days, it fades again.

What’s leftover after a supernova is known as a neutron star. A neutron star is very compact and compress to the point where atoms are smashed. Only neurons with no electric charge are leftover.

A black hole is formed after a massive star undergoes a supernova. All the stuff that remains becomes incredibly compact by a very strong gravitational pull. Not even light can escape it, making it impossible to see anything inside a black hole.

Our universe is full of mysteries, and little Anson loves to explore all of them! Check out new episodes of Anson’s Answers every Thursday! 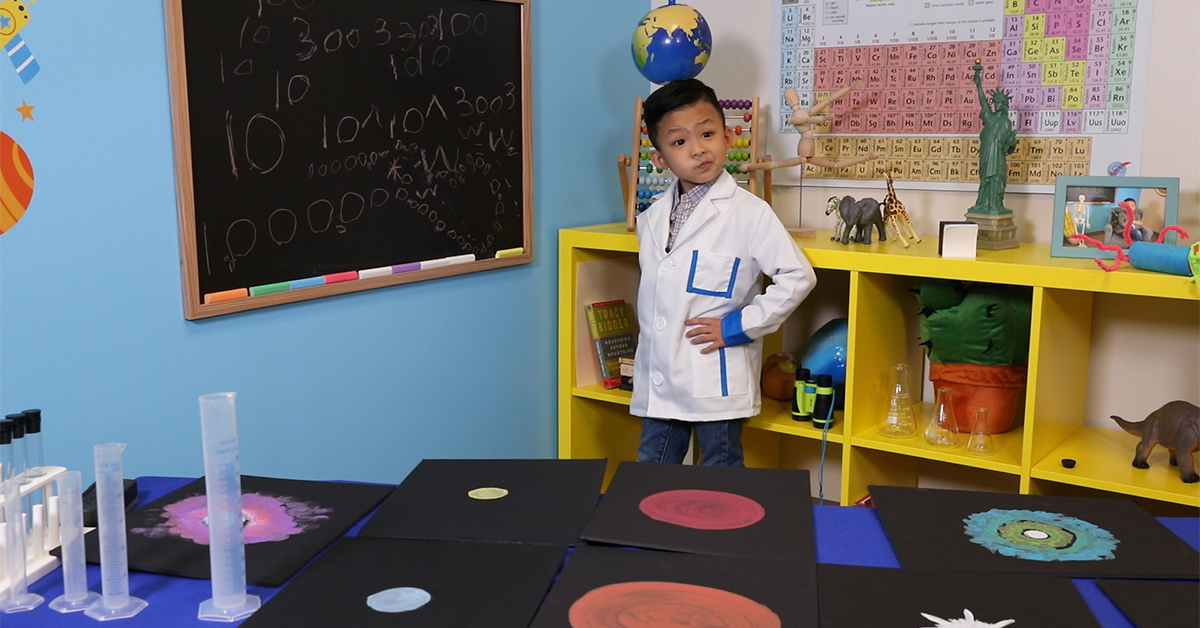