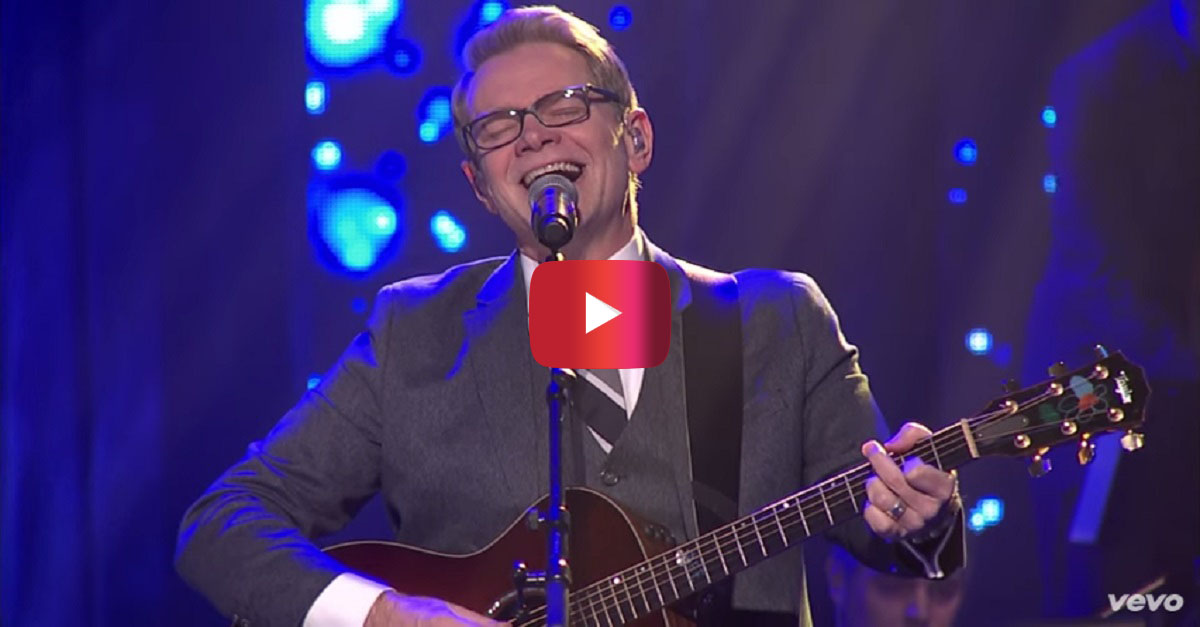 Steven Curtis Chapman released “I Will Be There” in 1989, but the song is still popular today – especially at weddings.

Although the song shares a message of enduring love, the song was actually written out of pain. Not long after Chapman and his wife got married, his parents divorced. He wanted to reassure his wife that he would never leave her and that he would always “be there.”

In an interview with Today’s Christian Music, Chapman shared how he felt when he wrote the song, saying “”It felt like I needed to drive a stake in the ground again and say to her, ‘No matter how I feel when I wake up tomorrow, no matter how disillusioned we may be at different points of this, I have made this commitment to you, and I will be here when you wake up.’ Because I think there was this real fear in her that said, ‘Wow, if this happened in his parents’ lives, what assurance do we have that this won’t be our story as well?’”

Thankfully, Chapman’s marriage has endured the test of time and he has been able to keep the commitment he promised to his wife in this classic song.