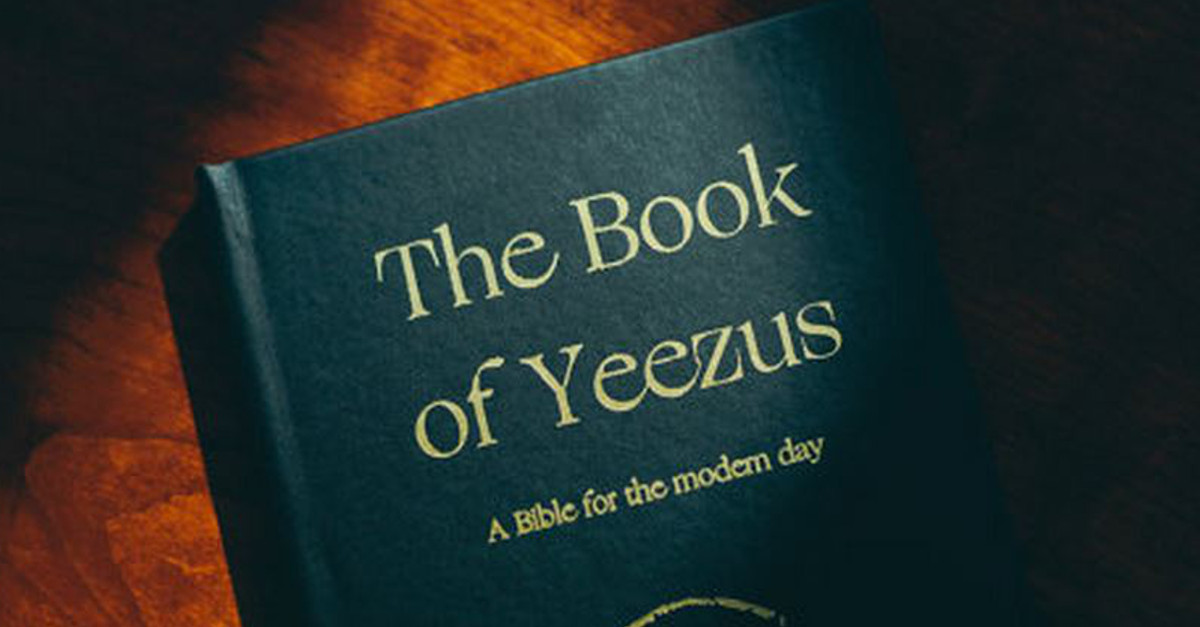 Thanks to some Kanye West super-fans, you can now own a copy of the first book of Bible, with the words Kanye West replacing God every time it is mentioned in the book of Genesis.

The book, which is NOT affiliated with rapper Kanye West in any official manner, sells for $20.00 on Etsy, and is called “The Book of Yeezus.”

“Yeezus,” was an award-winning Kanye West album that came out in 2013, featuring the hit song, “Black Skinhead.”

“What we came up with was an interventionist art, coffee-table novelty, that will appeal to both Kanye fans everywhere and those made curious by this enormous cultural phenomenon,” the creators of the Book of Yeezus wrote on Etsy.