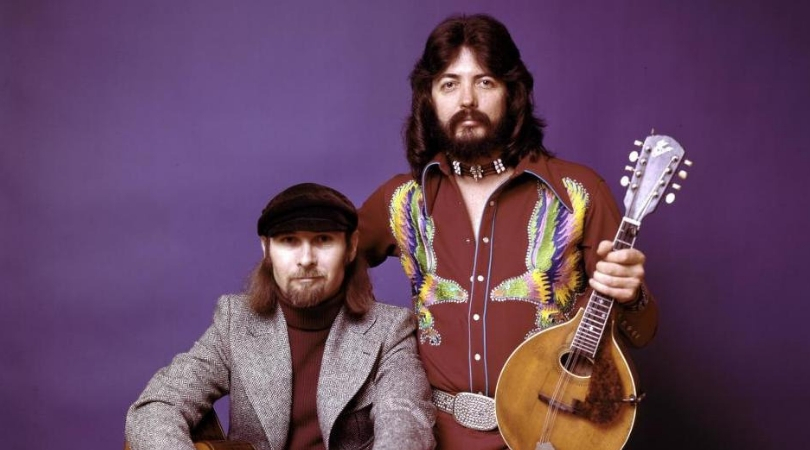 Do you remember the song “Summer Breeze” by Seals & Croft? It’s the perfect feel-good summer song, that has been covered by multiple artists, including The Isley Brothers, Type O Negative, Three Tenors, and more. The lyrics were written by Jim Seals, who also received help composing the music from Darrel Crofts, and was produced by Louie Shelton. The song reached number 6 on the U.S. Billboard Pop Singles chart. By 2013, the song was ranked No. 13 in Rolling Stone’s “Best Summer Songs of All Time.”

Jim Seals spoke about the meaning of the song, which surprisingly is actually not about a summer breeze at all! Shocker! Trying to create an image in the mind of listeners, the band explained how they focused on the summer blooming flower, Jasmine. The flower was used as a metaphor to show “contentment and harmony.” In 1975, Seals additionally spoke about the song to Melody Maker saying that it was, ?A very simple song about a man coming home from work and hearing the dog barking and things like that, and to a lot of people, the song?s about looking for security. Our meaning goes further than that, for prison can be the prison of self and a person can become insecure and paranoid if he doesn?t have a direction in his personal life.?

See the curtains hangin’ in the window, in the evenin’ on a Friday night
A little light a-shinin’ through the window, lets me know everything is alright

See the paper layin’ in the sidewalk, a little music from the house next door
So I walked on up to the doorstep, through the screen and across the floor

Sweet days of summer, the jasmine’s in bloom
July is dressed up and playing her tune
And I come home from a hard day’s work
And you’re waiting there, not a care in the world
See the smile a-waitin’ in the kitchen, food cookin’ and the plates for two
Feel the arms that reach out to hold me, in the evening when the day is through

To many, Seals & Croft’s version of the song was referred as one of the most relentlessly appealing harmony rock anthems of the 1970s. It was the perfect combo on the radio, giving them the break they needed to become successful.

The song was covered by the rock-soulful Isley Brothers in 1974, included in their album 3+3. It reached number sixty on the Pop Singles Charts, number 10 on the R&B Singles Chart, and number 16 on the UK singles chart. What was different about this version was that listeners couldn’t get enough of the 3 part harmonies, followed by the smooth guitar solo.

Type O Negative gave the song a little bit of a twist by making it, you guessed it, metal. The song was recorded a bit slower and had some very doom metal sounds to it, making it to their 1993 album, Bloody Kisses. The version was featured in the opening credits of the 1997 horror movie, “I Know What You Did Last Summer” which made the song even more popular.

So, what’s your favorite version?