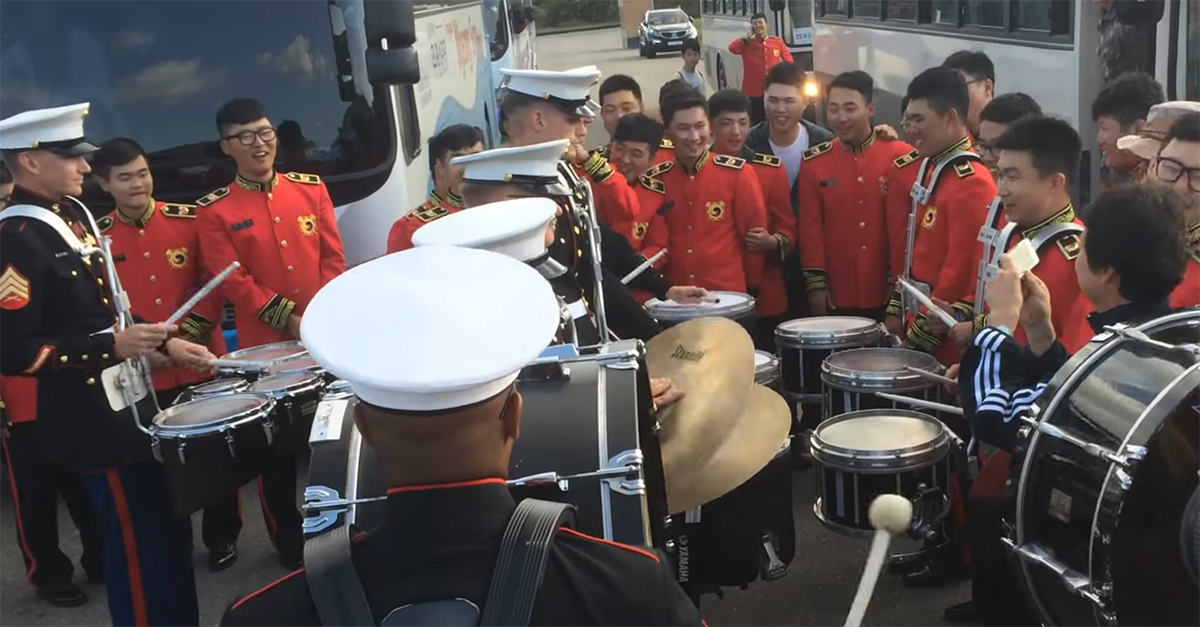 The servicemen featured in this drum battle between the III Marine Expeditionary Force band and the Republic of Korea look like they are having a great time with a little friendly competition.

The video, one of the most popular ever uploaded to YouTube,  pits the United States Marines against the ROK’s best in a parking lot drum battle.

We see the bands hanging out together in the parking lot and getting to know each other. They flip a coin to see who will go first. The ROK band performs an impressive and highly technical routine and bystanders applaud.

Then it’s the Marines’ turn. After a brief strategy session, they line up and advance on their South Korean counterparts until the two drum lines are face-to-face. The Marines use both their own drums and competitors’ to bang out an amazing routine that even has their competitors dancing. In a way, the Marines used the ROK’s own weapons against them, but in this case it was a peaceful attack and all in good fun.

At the end, the winner is determined through applause. The good-natured host declares it a tie. Although it was declared a tie, it’s safe to say that the Americans won this round. USA! USA! Repeat till hoarse.

Usually we try not to dwell on the comments because they don’t always bring out the best in people. But this one’s pretty good: ?This is how wars should be fought,? one individual wrote. Well said, good-natured commenter! Maybe you should run for something.