Watch two giant snakes battle it out to the death 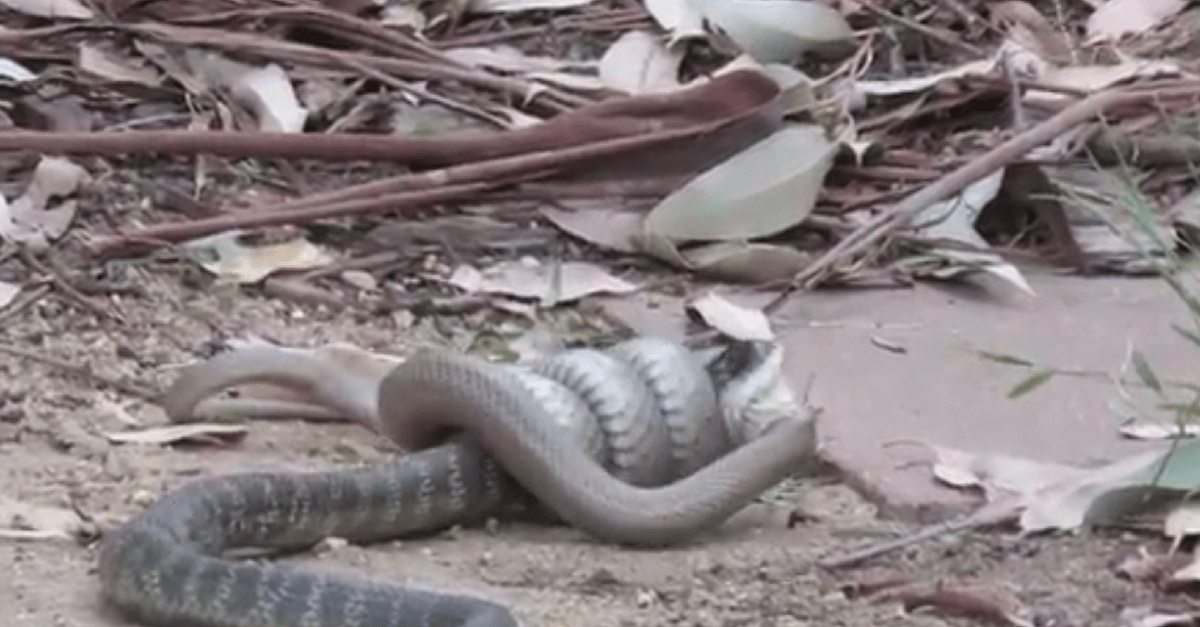 Many people are fearful of snakes, and for good reason. They are hard to spot and they slither on the ground in a creepy way.

One woman amazingly witnessed two snakes, an Eastern Brown snake, and a Tiger snake, fight to the death in her backyard. What’s more incredible is that she caught the whole thing on camera.

The homeowner, Liz Williams, said that after the Brown snake had killed the Tiger snake, it proceeded to eat its victim: “It was amazing, I didn’t even know they would fight like that, let alone eat one another.”

In an interview, Liz explained that her niece posted a video of the event and got such a wide range of reactions. Everything from fascination, to fear, to some people saying they would never visit them again!

Check out this terrifying video below, but be warned, it is very graphic.

I really thought I knew which one would win… I was WRONG!

Liz was so shocked by the snake fight that she ended up calling a snake catcher, Craig Bergman, who said he hadn’t seen anything like this in over 20 years in the business. Liz said she assumed the Tiger snake would have been the victor but was informed by Bergman that it’s almost always the Brown snake that comes out on top.

The Eastern Brown snake was reportedly 125cm long and the Tiger snake was slightly shorter, at 100cm. I know if I saw these two snakes fighting to the death, I wouldn’t have gotten anywhere near them. Hopefully, Liz was a safe distance away from the fight when she recorded the incident. If she had gotten too close, who knows what the Brown snake would have done to her. She could have gotten bitten herself.