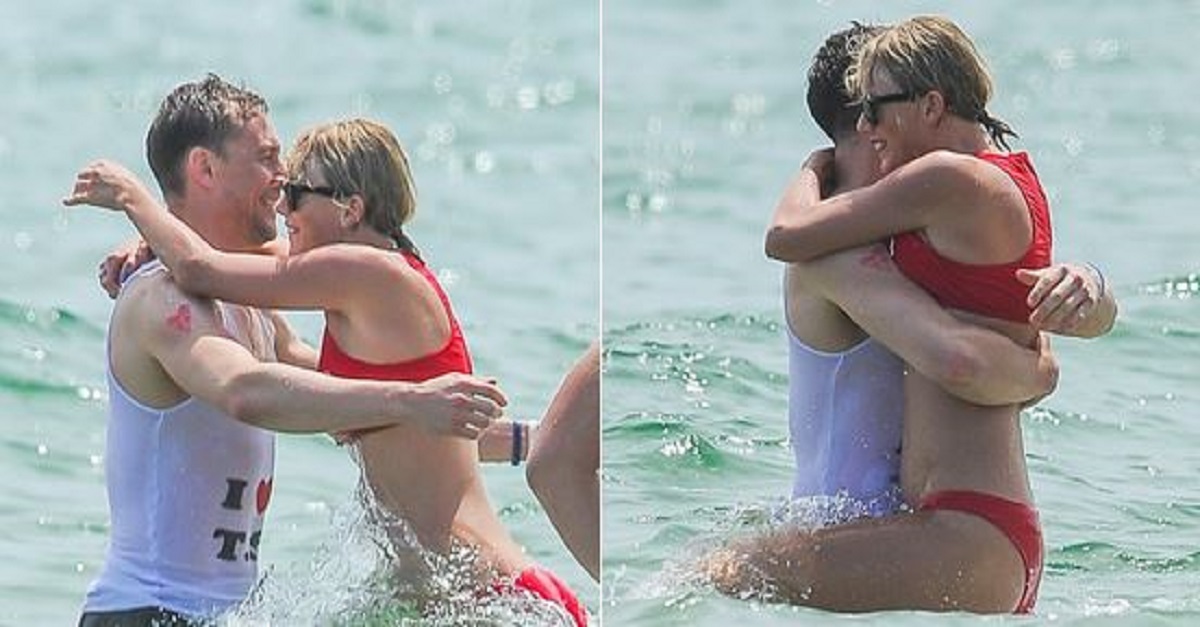 Things are getting hot between Taylor Swift and her new beau, Tom Hiddleston.

The new couple was spotted over the holiday weekend partying with some of their famous pals at her Rhode Island home. Gigi Hadid, Blake Lively, Ryan Reynolds, Ruby Rose and Karlie Kloss were all in attendance and Hiddleston and Swift looked cozy splashing around in the waves.

RELATED: Taylor Swift and her squad can rock a Fourth of July weekend like there is no tomorrow

According to E! News, Hiddleston wore a tank top that read, “I [heart] T.S.” while Swift wore a patriotic red bikini.

The Daily Mail reports that he also wore a temporary tattoo with a heart and his new love’s initials.

Tom Hiddleston declares his love for Taylor Swift with 'tattoo' and a t-shirt https://t.co/gC5gXzeoXu pic.twitter.com/AGjXzEL1EL

Swift loves a good Fourth of July bash so we’re sure this party isn’t over yet!