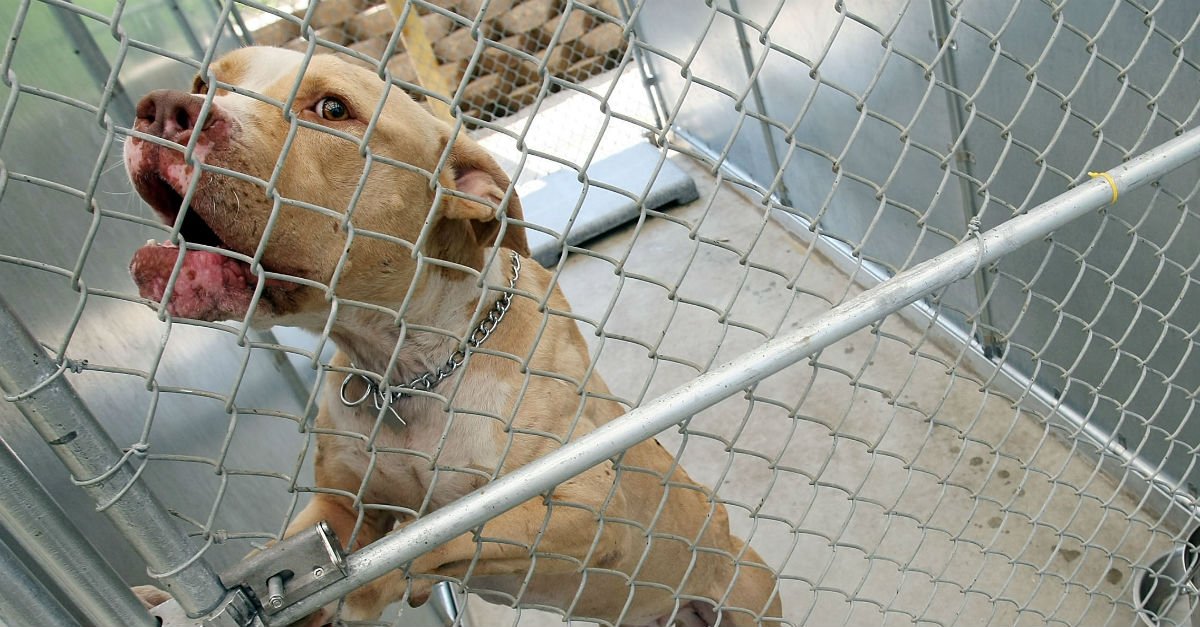 In Richmond, Indiana – a “no-kill” animal shelter is under fire after they admitted to euthanizing at least seven healthy dogs, according to WXIN. “H.E.L.P the Animals” billed itself as a not-for-profit, no-kill facility where animals wouldn’t be euthanized – even when the facility was full.

The board said the dogs were put down because they represented a “bite risk.” The group said it does not kill healthy or treatable animals, reserving euthanasia for terminally ill animals or those “considered dangerous to public safety.”

“If somebody just came by or if somebody knocked on the door, or if the dog got away from people it could still injure somebody, it could bite somebody. And it would be a liability to that person but it would reflect back on our shelter,” Board President Susan Beeson said.

RELATED: As Houston’s animal shelters make room for more Harvey survivors, a country star is shining bright with her help

The decision to euthanize the dogs was made by the shelter’s executive director and a small committee, according to Beeson. Though, Beeson admits not everyone was made aware that the dogs were euthanized. Reportedly, some of the employees were even asked to lie and say the dogs had simply been relocated. Though Beeson says the executive director may have made that decision to “spare” the employees that hadn’t been told, rather than to deceive the public.

“We knew that wasn’t going to be a viable thing to do,” Beeson said.

The board in a statement, of the seven dogs that were put down, some had bitten individuals in their adoptive families and had been returned; some had also bitten staff members. Over the past five years, the group said it had made the “extremely difficult” decision to euthanize a total of 52 dogs—19 that were “bite risks” and 33 that were “critically sick.”

RELATED: A Texas animal shelter is on alert after their own Cruella de Vil stole a dog from their shelter Monday

H.E.L.P said it had helped find homes for more than 5,600 dogs and cats since 2012. According to Beeson, Jamie Glandon, the group’s executive director, has been let go as a result of the controversy.

Several petitions circulated online over the past few days calling for Glandon and other members of the board of directors to step down. The petitions alleged that they tried to cover up the fact that the shelter was having animals put down—saying instead that the dogs had been moved to a different area so they could be adopted.