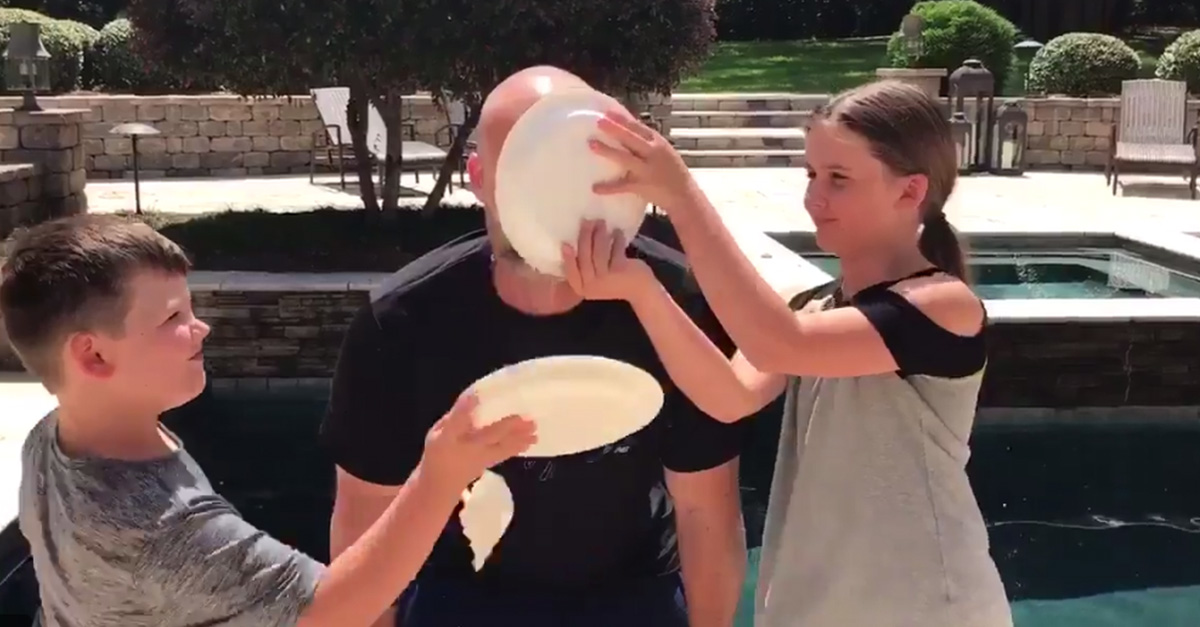 After the successful Ice Bucket challenge that raised both awareness and donations for ALS, a new challenge is going viral to raise awareness for gastroparesis, a disease that won’t allow your stomach to eat or digest any nutrients.

The Pie Face Challenge was started by Andrew Belliveau, a 20-year-old who was diagnosed with gastroparesis when he was 11-years-old.

For years, Andrew was sick until 2012 when he received a gastric pacemaker. He says that he has been extremely fortunate to get relief from feeling ill, because the pacemaker doesn’t necessary help all patients.

Now, he wants to get the word out about the disease and raise money to help others.

Andrew challenged his baseball hero, Boston Red Sox’s David Price, to take a pie to the face, and it worked.

Since then, he has had multiple other Red Sox players take the challenge, and hopes that the word will continue to grow. Including to his ‘big four’:  David Ross, Jon Lester, David Ortiz, Tom Brady.

Well, David Ross heard about the challenge, and he accepted (with the help of his kids):

As promised @Jingle_BELLS_25 a pie in the face for Gastroparesis! U r up @JLester34! If u need someone to throw the pie just let me know! pic.twitter.com/1GtvAdndCf

Andrew has raised over $4,000, and hopes to see that number climb as more athletes help him spread awareness.