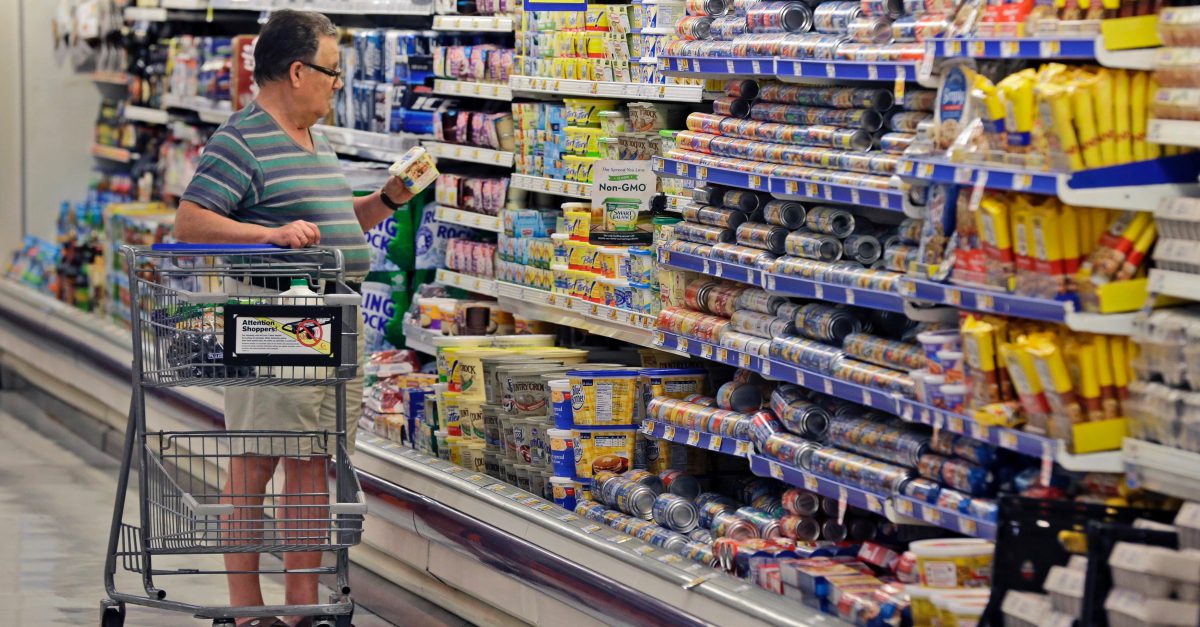 AP Photo/LM Otero, File
FILE - In this June 17, 2014, file photo, a shopper looks at an item in the dairy section of a Kroger grocery store in Richardson, Texas. Packaged food makers are trying to adapt their selling strategies as more people do their grocery shopping online. The worry is that products won’t get as much exposure as in supermarkets, where shoppers have to walk past displays designed to trigger impulse buys. One way companies are trying to trigger impulse buys online is with targeted ads. (AP Photo/LM Otero, File)

As many parts of southeast Texas struggle to recover from Hurricane Harvey, those that did come out relatively unscathed have also examined how the storm has affected their habits. The storm and its aftermath have caused Houstonians and others who rode out the storm to consider future disasters in their shopping choices.

From powdered milk and granola bars, to cell phone chargers and portable generators, items that many shoppers previously considered unnecessary or useless have now climbed higher on the shopping lists for many hurricane survivors. Stores are reporting increases in sales of batteries, water filtration systems and solar powered-generators.

Eric Brown, manager of the REI store at Baybrook Mall, told a local newspaper that he’s seen more customers focused on preparing for the next potential disaster.

“What I’ve seen is a lot of questions about solar power and filtration,” Brown said. “They want to be ready for the next time.”

Allan Rojas, a spokesman for the Academy Sports & Outdoors sporting goods chain, told the newspaper that his stores have also seen changes in customers’ buying patterns.

The grocery store chain H-E-B has reported that sales of powdered milk have increased from 500 units prior to the storm, to a high of 2,000 units in the week before the hurricane, to a steady 600 units two months later.

While the reactions to the storm have ranged from the desire for portable cell phone chargers, to the urge to go into full-on ?prepper? mode, the evidence is clear that Houston’s shopping habits have changed. As another hurricane season comes to a close, residents are well aware that another Harvey, or Ike, or Allison, could come sooner rather than later, and they want to be prepared.