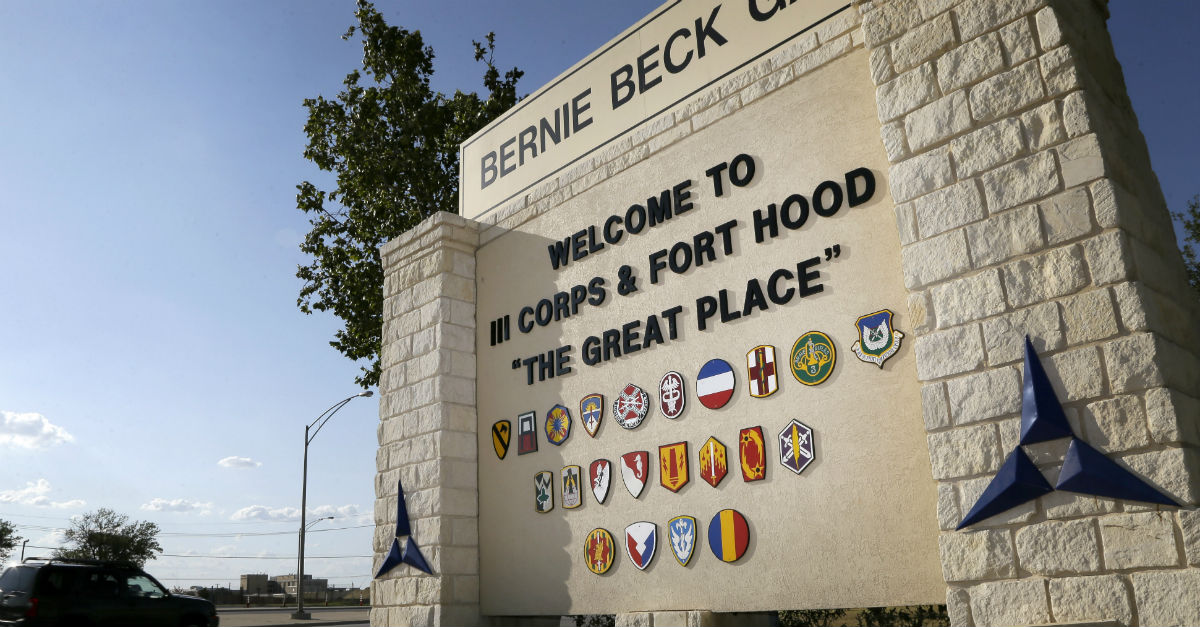 Twenty men have been arrested at the famous Fort Hood military post after a short prostitution sting brought down the would-be solicitors.

In a Tuesday news conference, Sheriff Eddy Lange of the Bell County Sheriff’s Department announced the arrests, saying that 13 of those arrested were active duty. The ranks of the men ranged from private to major. The sting lasted only 16 hours and took place near Austin; seven civilians were also arrested, the Killeen Daily Herald reports.

RELATED: A weeks-long police operation brings a prostitution ring down and nets 250-plus arrests

Investigators placed online ads which led to texting and negotiating prices ranging from $60 to $200. Lange also said two of the men requested minors — which may lead to felony charges. An undercover female deputy met the men at the door of the hotel where the rendezvous were arranged and once inside, they were taken into custody, Army Times reports.

Lange noted that one man drove from Waco because he said the area was “too hot,” meaning he believed that police were operating stings there. The sheriff declared, “We’re putting predators on notice. We’ll be doing this on a regular basis. We want this area to be known as too hot.” The hotel reportedly didn’t know of the operation until offenders tried to run and were taken down by police. One man who met with the deputy even had his wife and mother waiting in the car.