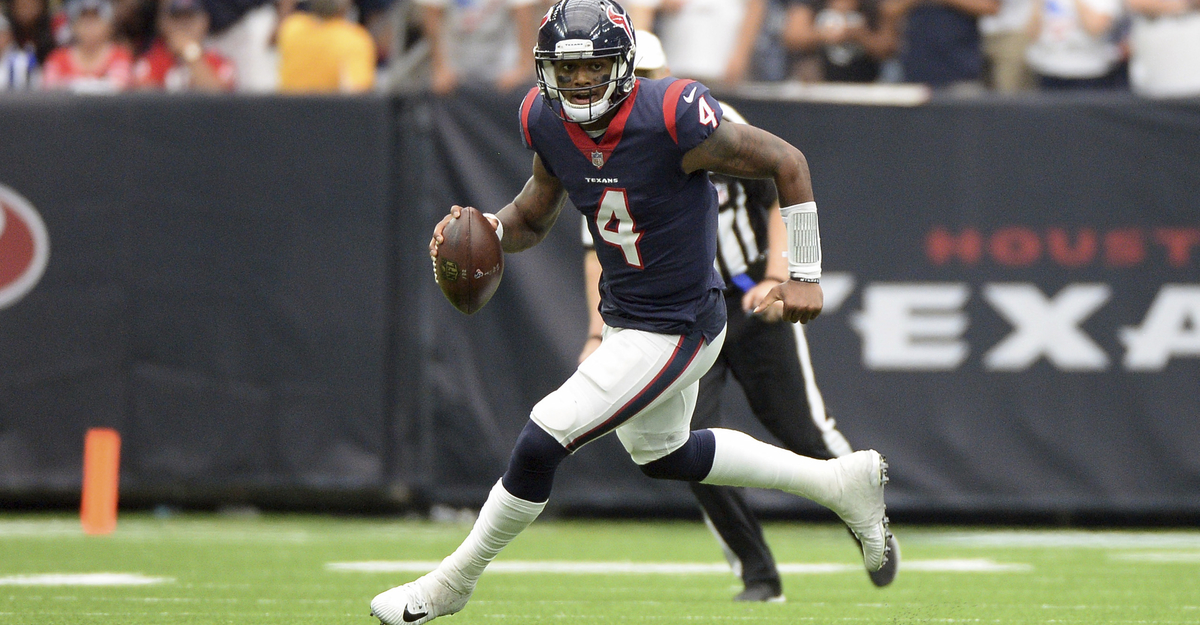 As the 2017-2018 football season kicks off, Texans fans already have a lot to be thankful for this year.

Rookie quarterback Deshaun Watson is proving to be even better than expected.

RELATED: Texans QB Deshaun Watson has a winning streak both on and off the field

This week, Watson won the AFC Offensive Player of the Week after a dominating performance on Sunday.

Watson lead the Texans in a 57-14 victory over the Tennessee Titans, stealing the hearts of Houston fans along the way.

Among his many accomplishments, Watson is the only rookie quarterback in NFL history to rack up seven-or-more passing touchdowns and two-or-more rushing touchdowns by the fourth game of the season.

Watson has proven himself to be an asset both on and off the field. He made headlines when he donated his first paycheck to three NRG Stadium cafeteria workers who were impacted by Harvey.

He had already shown his charitable spirit by building homes for Habitat for Humanity while playing for the champion Clemson Tigers.

Hopefully, Watson’s player of the week award will be the first of many.