In an interview with PEOPLE, Christina El Moussa from HGTV’s “Flip or Flop” revealed the details of how she told her 6-year-old daughter Taylor about her divorce from husband Tarek, who filed divorce papers in January.

“We just tried to be really vague,” Christina said. “We’re always remodeling our house or the yard, so when I moved out with the kids temporarily, we didn’t really get into it, and she didn’t ask.”

El Moussa, Taylor and infant Brayden moved in with the family nanny for a few weeks after the couple decided to separate. However, once they moved back into the family home without Tarek, it was obvious that something was awry. Christina finally broke the news to Taylor, and she got a heart-wrenching response.

“Taylor asked if we could get back together,” El Moussa continued. “We had to explain that sometimes couples get divorced but that she and Brayden are our number one priority. We’ll always be a family.”

Although their marriage is coming to an end, the parents are still committed to both co-parenting their kids and filming their hit TV show together. 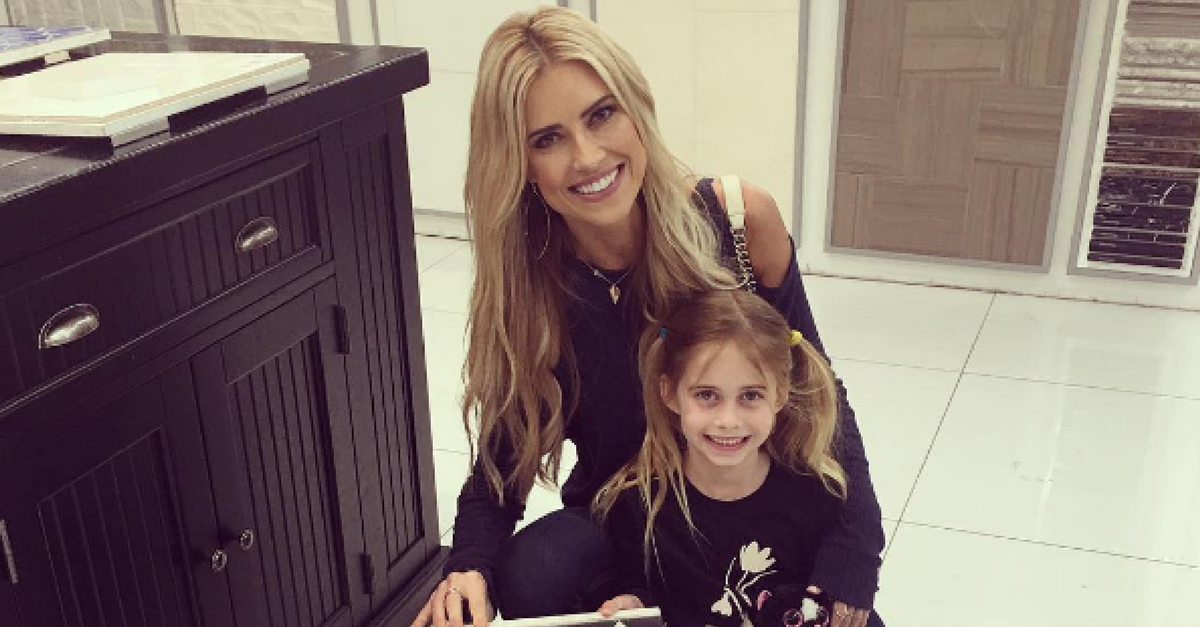