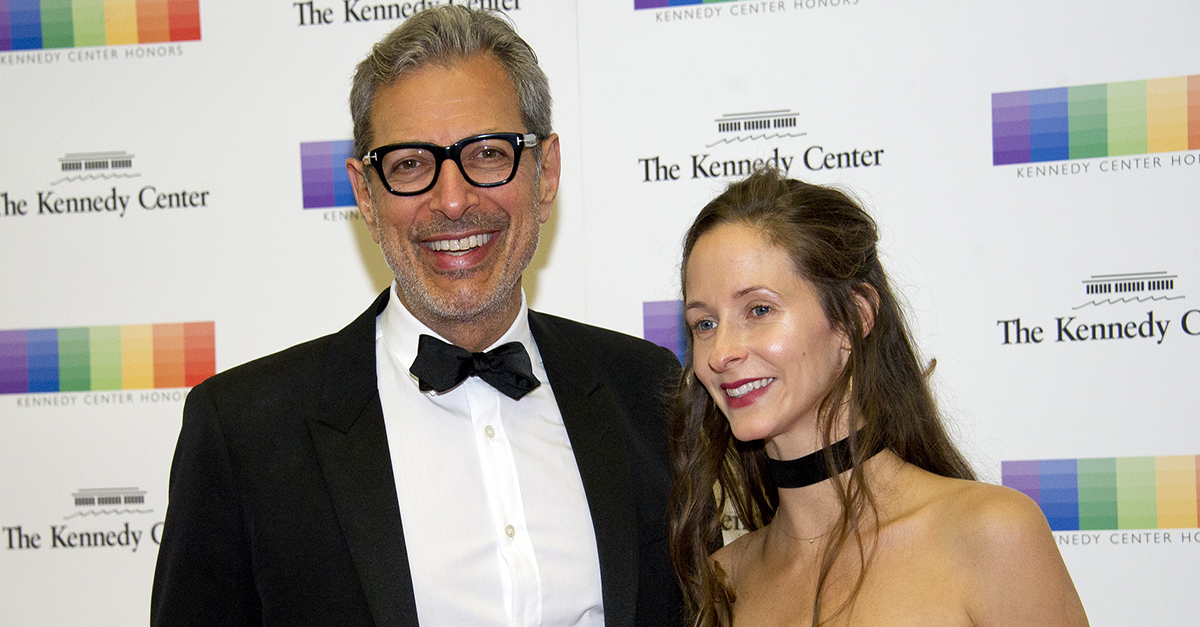 Two days after Jeff Goldblum met his future wife at a gym, he asked her to do contortions on top of a jazz piano he was playing — and only Jeff Goldblum can make a story like that sound like a regular candlelit dinner.

During an appearance on “The Graham Norton Show,” co-guest Jack Whitehall shared a tale about being compared to contortionists at a performance for Prince Charles — also comedic gold — and host Graham Nortion revealed that Goldblum’s wife, Emilie Livingston, was one as well.

The actor went on to tell a story chockfull of laughs and singing about how he and the former Olympic gymnast met six years prior.

At one point, Norton asked, “If you go on holidays, can she get in a suitcase, that kind of thing?”

“She was a magician’s assistant so she packed herself away in a box … she’s quite, quite bendy,” Goldblum quipped.

This couple clearly wins the competition for having funniest first date story to tell their two kids!